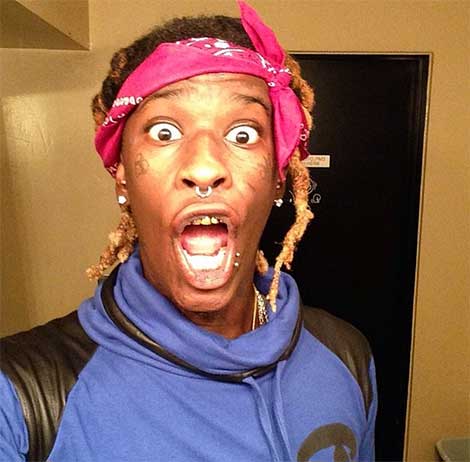 During a recent interview with Rolling Stone magazine, rapper Young Thug made the claim that while incarcerated as a youth, he “didn’t do shit there but gamble, smoke and f*ck.”

Here how YT put it down:

“I was in the streets at eight, nine years old,” Thug says. “I was going to school so my dad and mom would keep buying me clothes, but when I got out I did what I wanted to do – fighting, all kinds of shit.”

A few years later, after a dispute over Thug’s classroom antics turned physical, he got kicked out of middle school. “I broke my teacher’s arm,” he says matter-of-factly. “Took his ass out. Pussy-ass nigga.” He spent the next four years in a harsh juvenile-detention program. “Seven in the morning to six in the afternoon,” he says. “No windows or nothing, like a real jail. Lot of punishment. I didn’t do shit there but gamble, smoke and f*ck.”