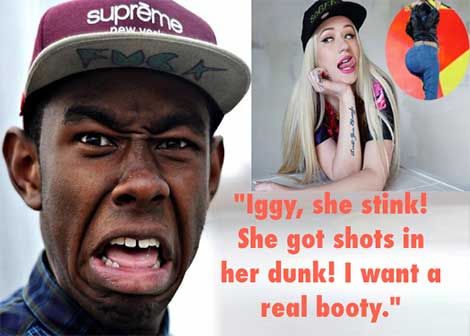 Iggy Azaleia can’t seem to shake the fact that Tyler The Creator put her fake cakes on blast. The “Goblin” rapper recently called Iggy out on 106 & Park, sayin’ she stinks for frontin’ a fake booty.

Here’s what Tyler The Creator had to say: