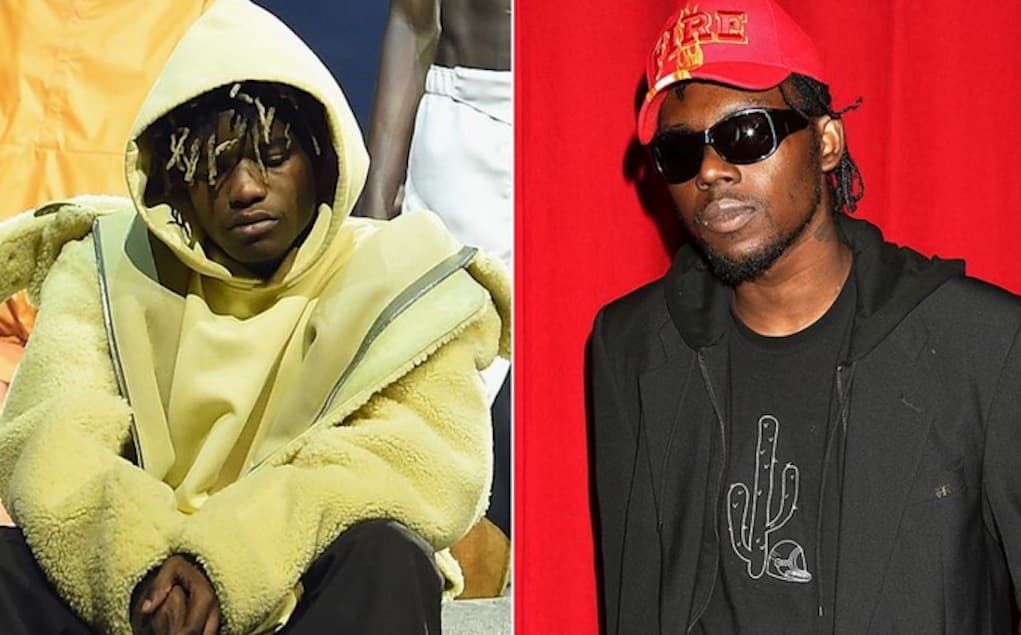 A whole bunch of ratchetness went down in Paris between Ian Connor (the guy who models for Kanye’s Yeezy collection,) Theophilus London and A$AP Bari.

No one within the G.O.O.D. Music camp has spoken out about Ian being accused of raping 5 women until now. Theo finally got the chance to confront Ian, and it turned into a brawl!

A$AP Rocky tried to defuse the situation, but it spilled over into the streets where A$AP Bari snuffed Ian.

They then took the battle to social media where Theo not only called Ian a rapist, but he alleges that the Yeezy model has AIDS!

@souljaian You Broke And You Got AIDS

Lol had to block @souljaian lying now cuz his career in shambles! His whole life is built on Twitter lol. He is so butt hurt right now ???

How u f*ck with a Nigga that live to shit on his peers and put him self on a pedastool he stole from your hype. Hype cuz he spoke to Ye.

@souljaian u don't want two charges already added to the 10 u got. I even kno a girl u did wrong. That so called girl I stole from u? ?

@souljaian U don't belong in this culture lil nigga. We let u in rembr that In every way. U sucked your way to the "top" I watched u ?

@souljaian u came from juvenile prison str8 to my house. No one knew u. Not ASAP not nobody. I fed u everyday watched u lie to ur ""fanbase"

@souljaian Kanye don't even want your ass around anymore. That's all you had left. I'm surprised at all anybody that still f*ck w you .

@souljaian nobody f*cks with u, u was homeless I took u in, I fed you , the whole cultured just texted me thanking me.Ur a loser in everyway

Is this what Yeezy and Jay Z meant when they said N**** in Paris?