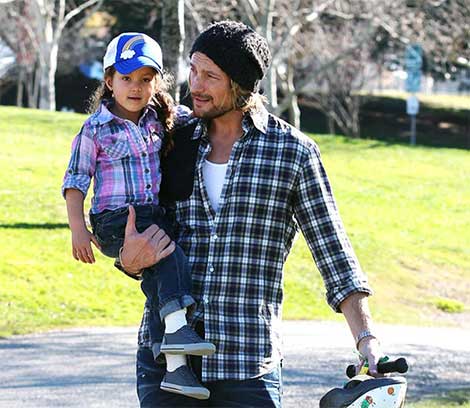 Gabriel Aubry stood before the Court, Monday … after Halle Berry made legal claims that he is trying to turn 6-year-old Nahla white by straightening and dying the child’s hair blond.

Reports reveal … The judge ruled neither Berry or Aubry could change Nahla’s look from natural state and ordered for Nahla’s hair to grow back naturally.

“Gabriel was straightening Nahla’s naturally-curly hair, lightening it with highlights and Halle is convinced it’s because he does not want the girl to appear to be African American.”