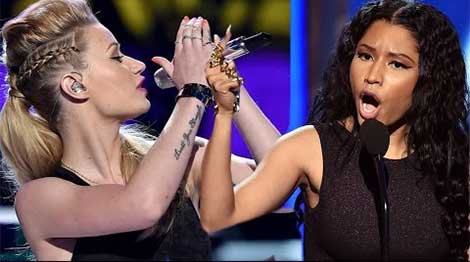 Nicki Minaj brought some serious shade to reporters on the AMA’s red carpet after she got word that Iggy Azalea was set to be presented with ‘Best Rap and Hip Hop Album of the Year.’

Sources say the Anaconda lyricist felt like she was being “disrespected” by reporters when they asked her to weigh in with her thoughts about Iggy Azalea.

“Minaj was very rude to the press on the red carpet at Sunday night’s awards show. She was especially heated when reporters brought up her rumored foe, Iggy Azalea.”