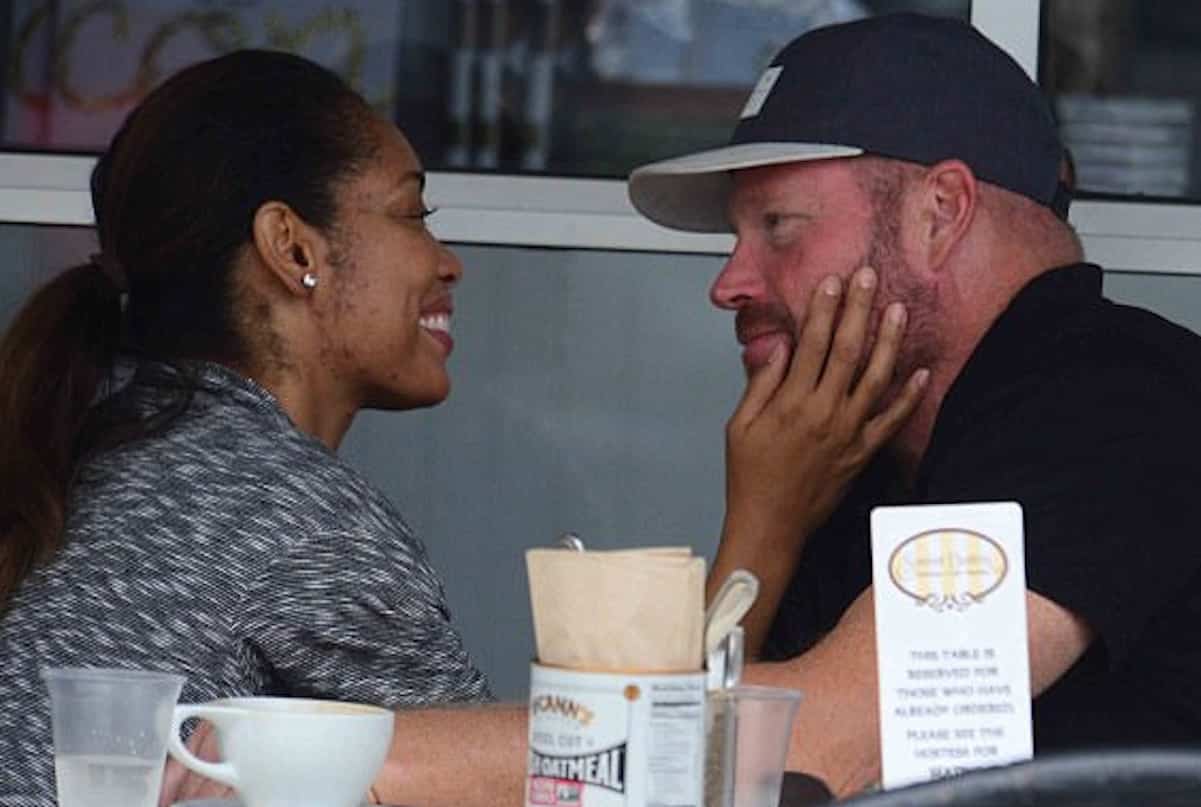 Gina Torres finally revealed she had split from her husband Laurence Fishburne after pictures of her swapping spit with a mystery man hit the net.

Now, more details about her new boo have been leaked by Page Six.

“The ‘mystery man’ is a ‘cowboy type’ father of six from Utah. We’re told that Torres met divorced entrepreneur Kevin Wright on the beach in Dana Point, Calif., in mid-August — and that they have since become a serious couple. Sources say that Wright wasn’t even aware of who the former ‘Suits’ star was when they first met. But they bonded over the fact that they have both recently left long relationships: Torres has split with Fishburne after 15 years together, and Wright ended a 20-year marriage within the past two years.”