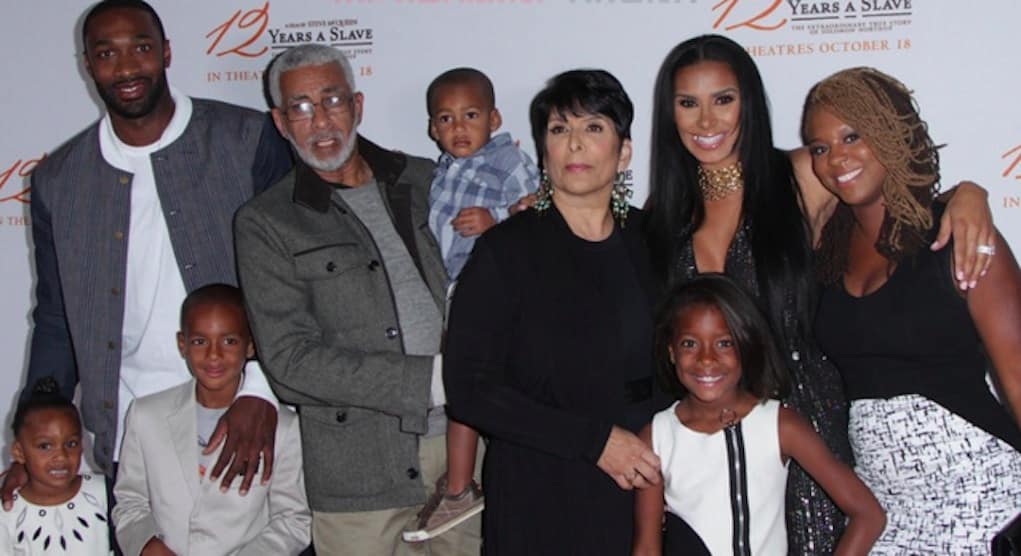 If you didn’t think the battle between Laura Govan and her baby daddy Gilbert Arenas couldn’t get any worse, it just did. The ex-lovers have been taking jabs at each other on social media and in the courtroom for as long as we can remember. But Laura’s recent stunt has pushed Gil over the edge.

During a recent radio interview, Laura said that when she and Gil get into their battles, she thinks of OJ and Nicole Brown Simpson. Basically, she fears for her life!

Gil, who has absolutely no chill, clapped back with a picture of OJ Simpson trying on the bloody glove during his 1995 murder trial.

In the caption, Gil recruits Laura’s trainer (who she allegedly stopped paying) to drive the Bronco, he then tells Laura’s parents not to report her missing until they all flee to Mexico. In the end, Gil says if Laura died, no one would go to her funeral but her friends Nene Leakes and Kevin Hart’s ex-wife, Torrei. 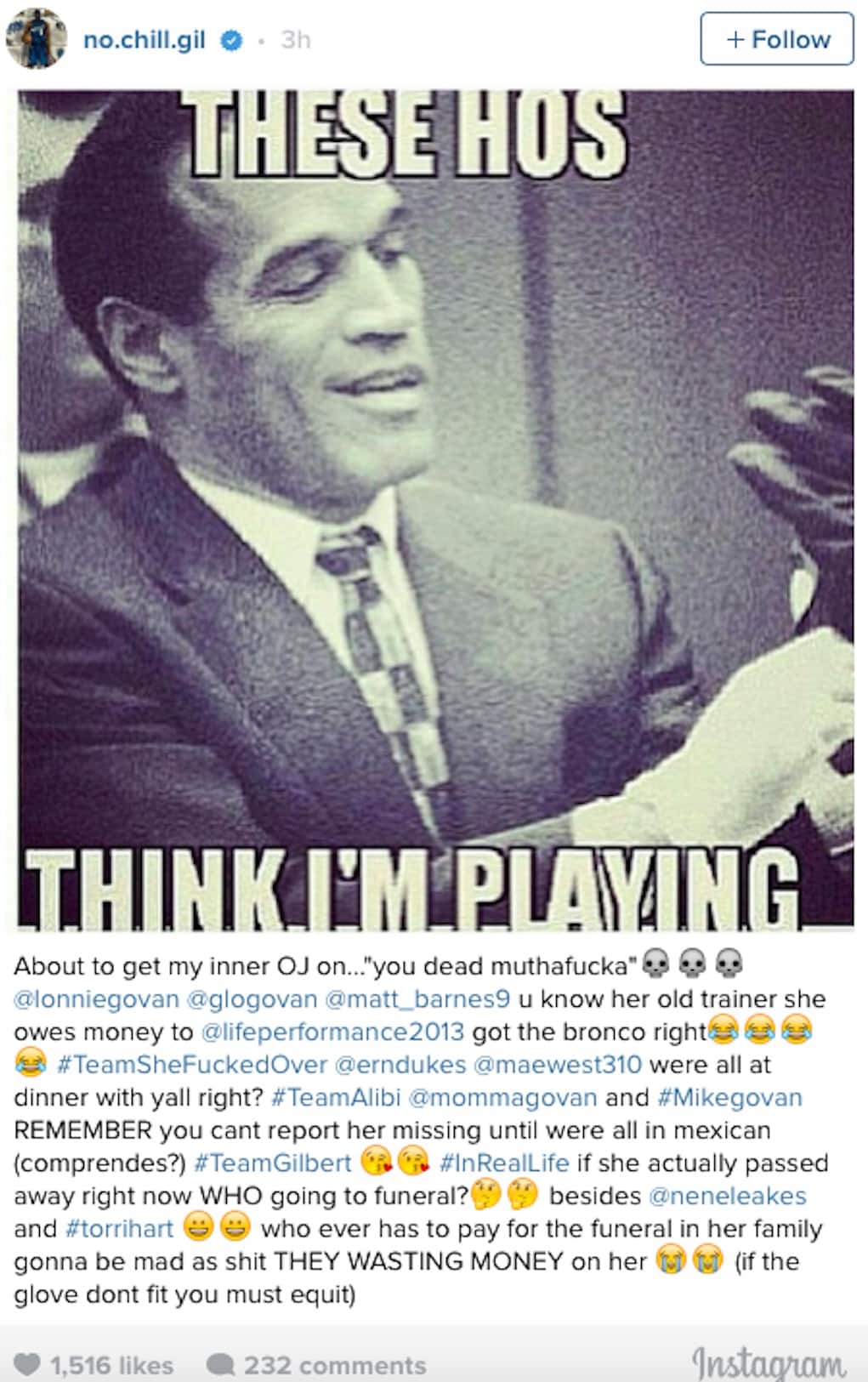 Of course Gil was joking, but this ignorant post will probably land him back in court with Gloria once again.

He also posted a photo of a gift he received from his kids. Since Laura always wants to call him a bad dad, he had to prove the haters wrong.

Who i am on #IG doesnt reflect my personal life with my kids…..im taking my kids on vacation this weekend and they put their money together ($645.00)and got me a carry-on becuz i didnt have one and my 6 yr old wrote me a letter (i love you dad to dad,happy dad day,you are a nice dad,you are the fabulous dad ever,love you dad from hamiley penny arenas,you are like the best dad to.from ham………this is the impact i have on my kids, i get a gift on a tuesday? #IG is my entertainment NOT my actual life #OnceYouMeetMe you will understand…..to judge if someone is a bad person you need more then 3 people to say the same thing about that person….in 14 years its only been the SAME 1 person talking bad about me???????? #InRealLife she doesnt hate me She hates how my kids look at me…….ladies dont you hate when u tell yo kids to do something and they dont listen but when they daddy says it they do….well my EX actually hates ME for it…ive never seen a women do everything in her power to get the father OUT the kids lives…dont the women chase men to be fathers?? #TimeHealsAllwoundsBUTcantHealLiars #KidsDONTfakeAffection #JustFeedUpwithHerBullShit

These two are such a damn mess. But I’m here for it…

Meanwhile, it looks like it’s officially Drag Laura Govan Day, because her sister Gloria is finally speaking out about all the allegations.

Soooooo we're spreading LIES about family on social media now? ?? not sure how or why any of these unsolicited malicious lies started. Let me clear the record in case you haven't already seen @no.chill.gil posts. I have never slept with Gil!!! And whether or not you agree with my relationship or not that's not your place to comment on it. Especially not publicly. I know we've had our disagreements, our fights, our arguments. But we're sisters. We're family. That's what we do. BUT this? Dragging not only me but our entire family into the mud as if we weren't raised under the same roof by the same parents. That's new to me?!? Our kids have IG pages. Our nieces and nephews have IG pages. Is this how you want to represent not only yourself but our family? If that's the case. That's Alllllll you. I want no part in it. You have my number, my address, my email, my DM. If you want to talk I'm here!!!! #nuffsaid #highroad #toogrown #bloodisthickerthanwater #RUOK?#defendmyself