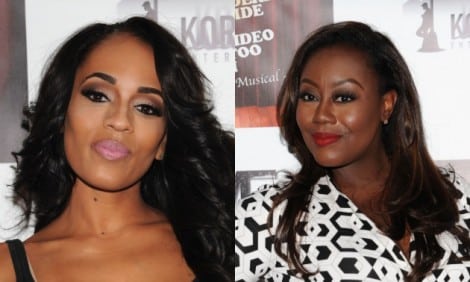 Melyssa Ford got a bottle cracked over her head by Geneva Thomas during filming for the reality show Blood Sweat & Heels. Of course it was all caught on video, which is posted below.

Source says, the ladies were filming at a boat party at Pier 40 near Hudson Park. Thomas and Ford were in a war of words when all of a sudden Thomas physically attacked Ford. Next thing you know bottles were being thrown, hair was being pulled and the two were separated by security.

“Geneva Thomas was arrested and booked at 9:42 pm and was taken to the 6th Precinct in Manhattan. She has been charged with two felony assaults. We have confirmed Thomas is still in jail and she’s expected to see a judge in a Manhattan Criminal Courtroom.”