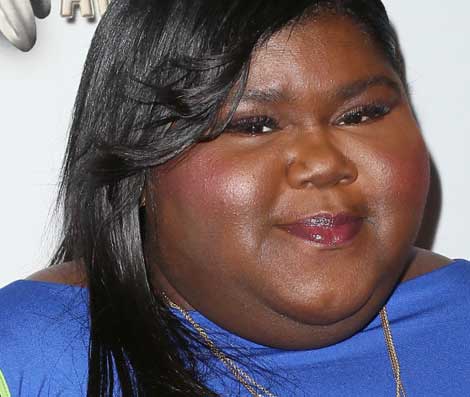 ‘Precious’ star Gabourey Sidibe has broken her silence over the string of cyber-bullying she’s fallen victim to. Most recently, the actress caught heat from haters who had a things to say about “her fashion choices” at the Golden Globe Awards.

“Sidibe says when she lashed back at her critics… it was because she felt like reminding herself and her critics of [her happiness].”

“I feel like they’re talking about me because I’m busy. That stuff does hurt my feelings because I’m a human being. I’m not a weak, sensitive person. Im merely a person…I have to tell myself sometimes, ‘These strangers are saying things about you but look around you. You are in your dream. You’re in everybody else’s dream. You’re living a really good life and you’re happy’.”