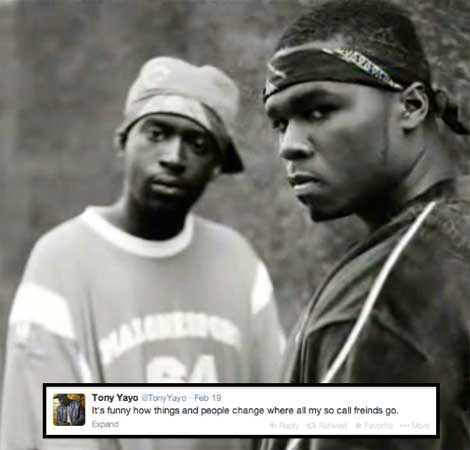 Yo, son! Tony Yayo’s says he’s ghost! The shocker came shortly before Fiddy “announced his crew’s departure from Shady Records.” Yayo hasn’t revealed much about his decision to leave the Unit.. other than he’s on “to try new things.”

Here’s what Tony Yayo had to say:

“50 ain’t rocking with me and Banks the same. I layed my life down for the unit but you live and you learn. Too much stress. I flew the world already. Dropped an album. Time to try new things and the Unit not together. F*ck it.”