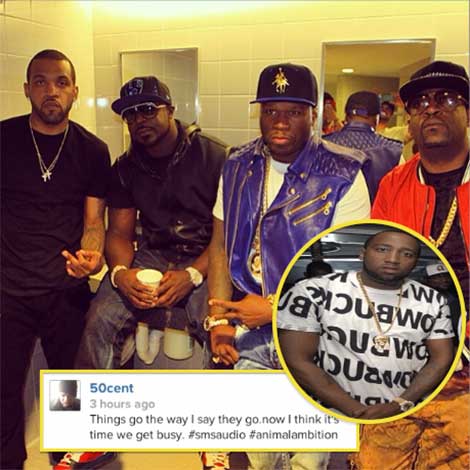 “Slowbucks [got his] ass kicked on stage… then 50 wore his chain on stage!” -Witness

The G-Unit may have marked this years HOT 97 Summer Jam as the spot to make they’re reunion public… but that’s not the only marking revealed to have gone down! Just ask Slowbucks, whose snatched chain Fif reportedly used to humiliate dude — after he caught a beat-down on the stage!

“Slowbucks got put on the Summer Jam screen.” -Witness

Sources are calling out Fiddy as the orchestrator behind the brazen attack… AND they say “video should be dropping soon.” But Slowbucks isn’t the only one who Fif and his G-Unit reportedly sought revenge on, Sunday. Don’t believe me… Just ask Ebro.

“Nas brought out 50 to I Get Money, who brought out Banks to On Fire and Yayo + Buck came out too.

Finally 50 and the Unit disses Murder Inc and Ja Rule by rapping ‘I Smell Pussy’ then finally they pulled a f*cking classic out of nowhere to end it, he brought out “U Should Be Here” from the 50 Cent is the Future mixtape.

Oh yeah and 50 dissed Jimmy Iovine saying, ‘The label can’t drop a nigga like me, I drop the label.'” 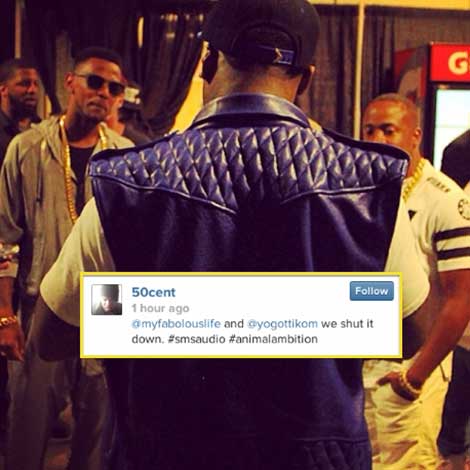