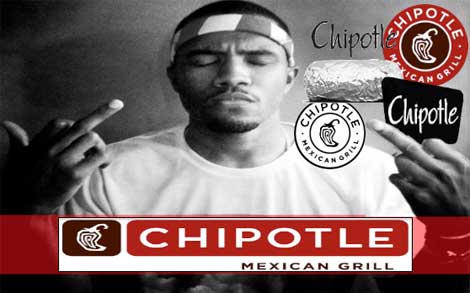 Does Frank Ocean have a CHIP-olte on his shoulder? It sure seems that way! That’s because the ‘Lost’ singer — who’s real name is Christopher E Breaux — wasn’t only forced to return more than $200K in endorsement monies, after Frankie backed out of a deal with the food chain, his memo to Chipolte ad execs came as two choice words: “F*ck You.”

We’re not too sure why Frankie’s fuming… the singer did turn away from $425K, reportedly over a logo. Imagine that! Who knew that a company would actually expect their logo to appear in their ad? Fiona Apple is now cashing in on the Chipolte deal that Frank Ocean walked away from.

“When he saw a final cut that displayed the logo prominently, he backed out… Fiona Apple recorded “Pure Imagination” for Chipolte.”