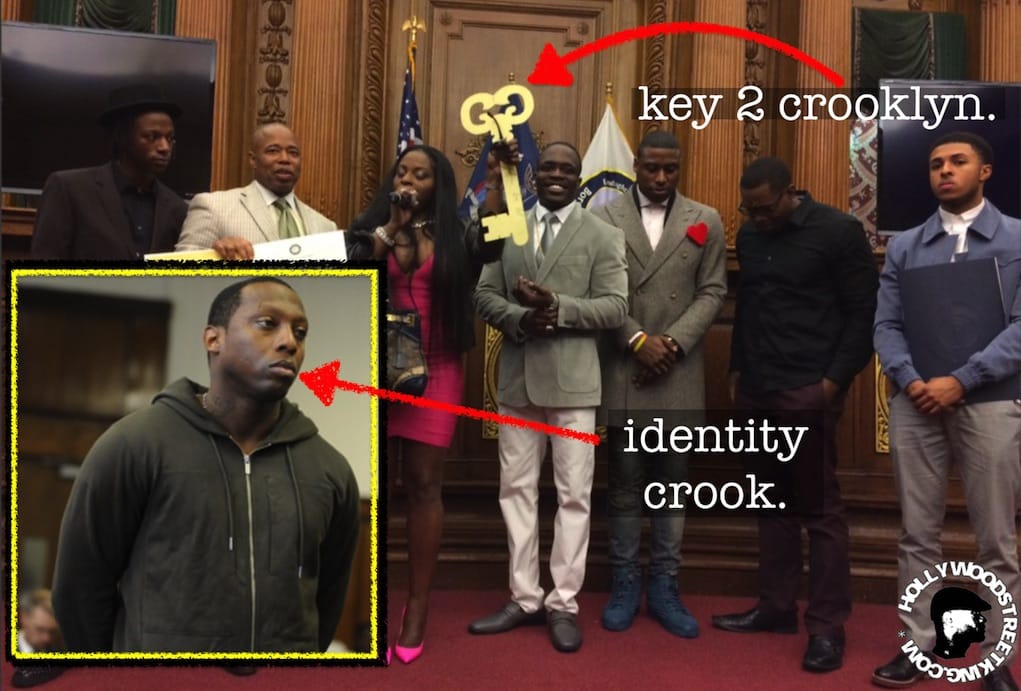 HSK Exclusive — Foxy Brown was just presented with a key to the City of Brooklyn on February 29, but her brother is probably wishing she was given a key to get his azz outta jail instead. Know why? Just weeks after Foxy Boogie was named a BK key-holder, word is that her brother “Young Gavin” will likely be “Old Gavin” by the time he gets out da joint!

“Gavin’s going to be in jail for a minute because he was denied bail.” — Industry Insider

You might recall … a few years back, Inga Foxy Brown Marchand aka Da Ill Na Na aka Chyna Doll aka Brooklyn’s Don Diva threw a ‘welcome home’ Brooklyn bash for her brother Gavin Marchand aka Young Gavin aka Pretty Boy, upon his then-release from jail after serving time for identity theft. Now, word straight from the streets reveals: “Pretty Boy recently got busted again for committing fraud.”

“Its a damn shame! His sister Foxy, just got the keys to Brooklyn city, a few weeks back & this is how he repays her?”

On February 29th, 2016, Foxy Brown was gifted with the key to her hometown of Brooklyn, NY.