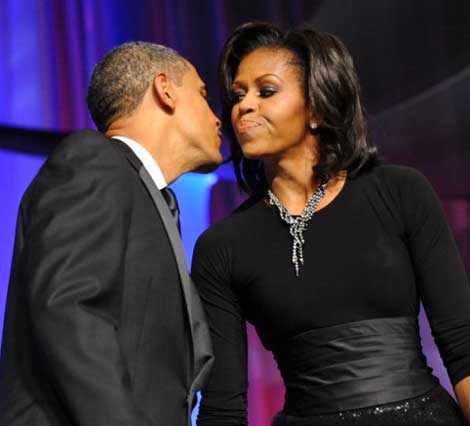 While President Obama promises to “bridge the gap between rich and poor” — Michelle Obama is said to be gearing up to “spend well over $100,000” on a full blown makeover! A recent report point to “the President’s wandering eye” as what’s led the First Lady to launch a dropp’in guap revenge plot on Barack.

“They recently got into an ugly argument after Michelle learned that the Secret Service has repeatedly cov¬ered up her husband’s cheating … and now she’s moving full-speed ahead with plans for life after their divorce.”

Check the word coming from the National Enquirer:

“Her makeover doesn’t end with plastic surgery. She has enlisted high-profile experts for advice on her wardrobe and body as well as facials, massages, manicures, pedicures, hair¬styles, nutrition and personal training. She figures to spend $50,000 on her wardrobe, including designer dresses, pants, blouses, blazers, skirts, shoes and accessories. And that’s not even counting the $10,000 she’ll be spending on sexy lingerie.

To pamper herself, Michelle also plans to spend a few weeks at a beauty spa, receiving a variety of expensive treatments, including an exotic $7,000 peel and baths in imported Evian water.

When you add in the cost of travel and accommodation, she’ll spend well over $100,000 – and it’s all because she’s so furious at Barack’s cheating ways,” said the friend.”