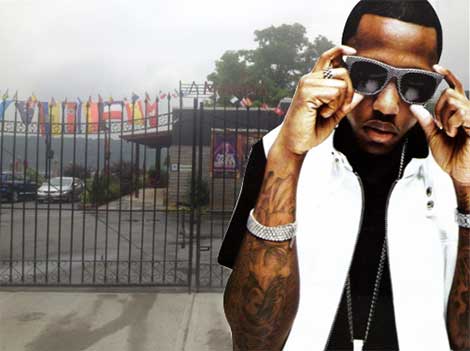 “La Marina is located at the end of Dyckman St. on the Hudson River, and has attracted stars including Beyonce, Jay Z and Leonardo DiCapri.”

Fabolous is lucky to be alive today. Know why? Fab wasn’t only at the Big Apple spot where shots rang out, Saturday night… the Brooklyn emcee may have been in the line of fire. Cops say… Fab “was not involved” in the shooting, but they have confirmed that he “was close by when the gun went off.”

“Fabolous and his entourage were not hurt in the incident.”

Unfortunately, a bouncer for the Manhattan hot spot wasn’t as lucky. The 27-year-old “was shot in the neck as he attempted to break up the fight inside the venue.” Cops say the altercation is what led to the shooting.

“The shooting occurred on the outside patio of La Marina shortly before midnight Sunday. The bouncer, Andre Obert, was admitted to a nearby hospital and is now said to be in a stable condition.

Police are still hunting for the shooter.”