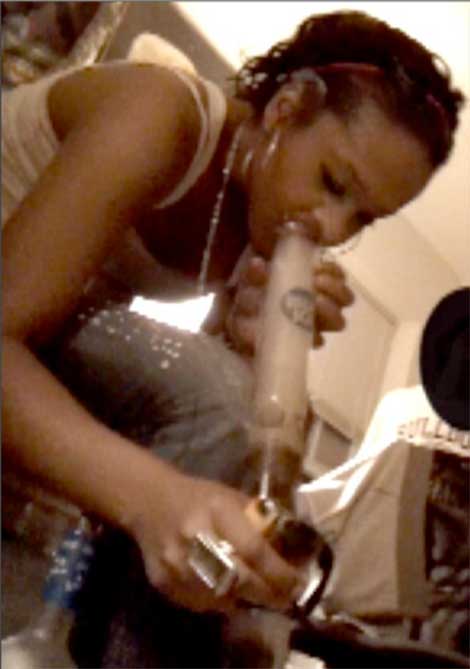 This just in — Bobbi Kris is calling out “some lowlife individual” as an impostor behind the blast of a recent image featuring Bobbi Kris hittin’ a bong. Don’t believe me.. Just ask her pops, Bobby Brown. According to Krissy’s Twitter, it was the “My Prerogative” singer who alerted her to the pic being put out there.