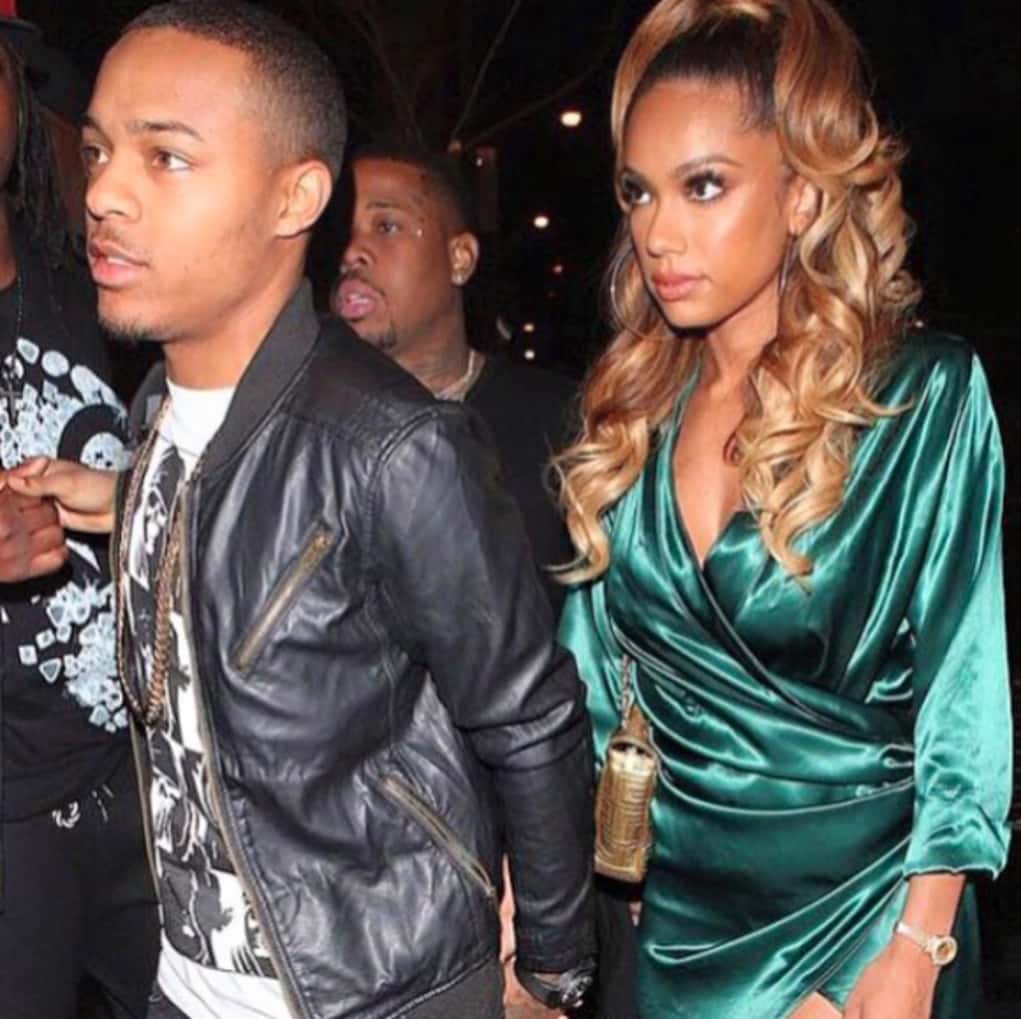 Drama between Erica Mena and Bow Wow was not left back in 2015, and continues strong in the New Year.  A few months ago, Shad kicked Erica to the curb after she went on social media seeking sympathy for miscarrying their baby.  Their on-again off-again wedding had been officially cancelled.

“So many LIES So many rumors. Since the truth needs to be told I’m down to tell it.”

Then when the former rapper turned TV personality tried to make Mena jealous on social media by making posts of him and Joie Chavis, Erica hit back hard on IG, “Now he can go back to beating her ass again.  I’m good on dealing with his Little man complex.”

“Shad, if you wanna tell the story tell the real story!  What you did to me physically.  You got the pictures too.”

On New Year’s Eve, Bow Wow dragged his ex even more in a vicious rant calling her an unfit mother and a “bum b**ch.”

Erica took to Twitter to clap back, and she went in on her height-challenged ex. 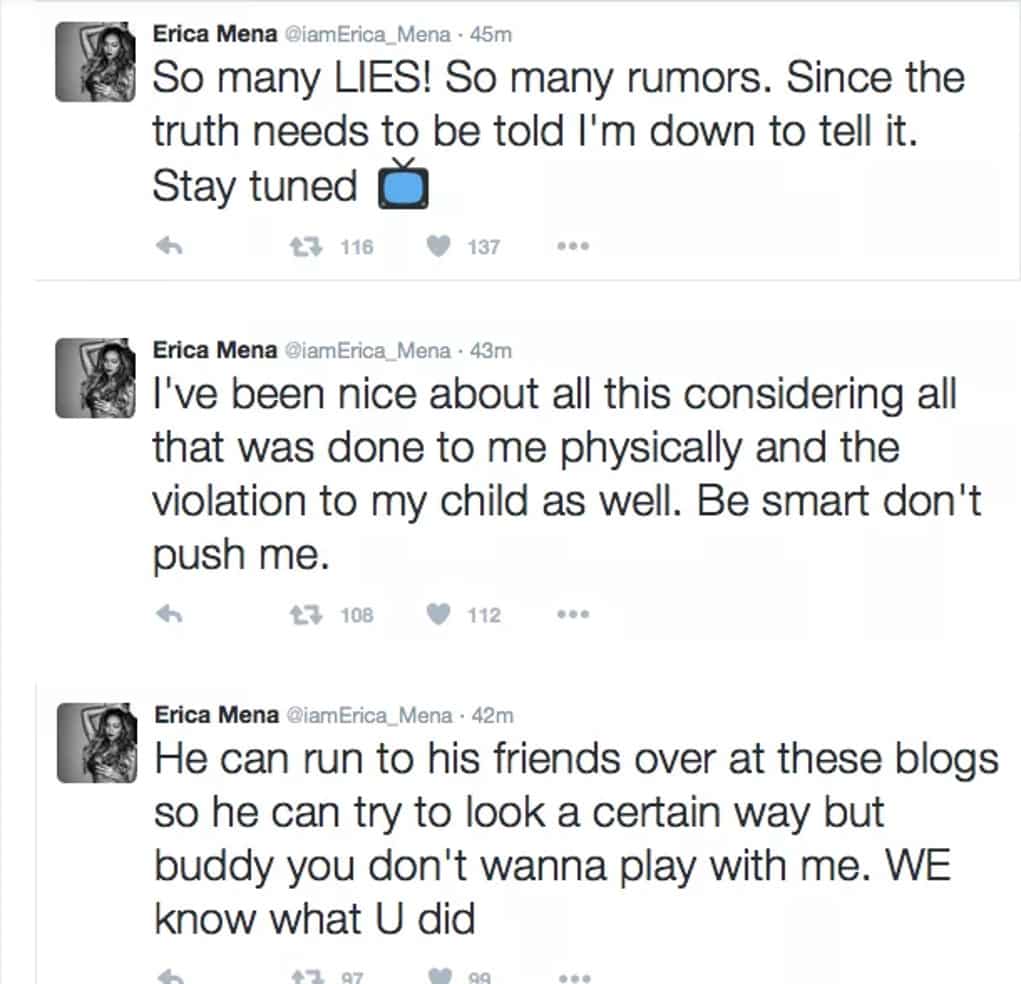 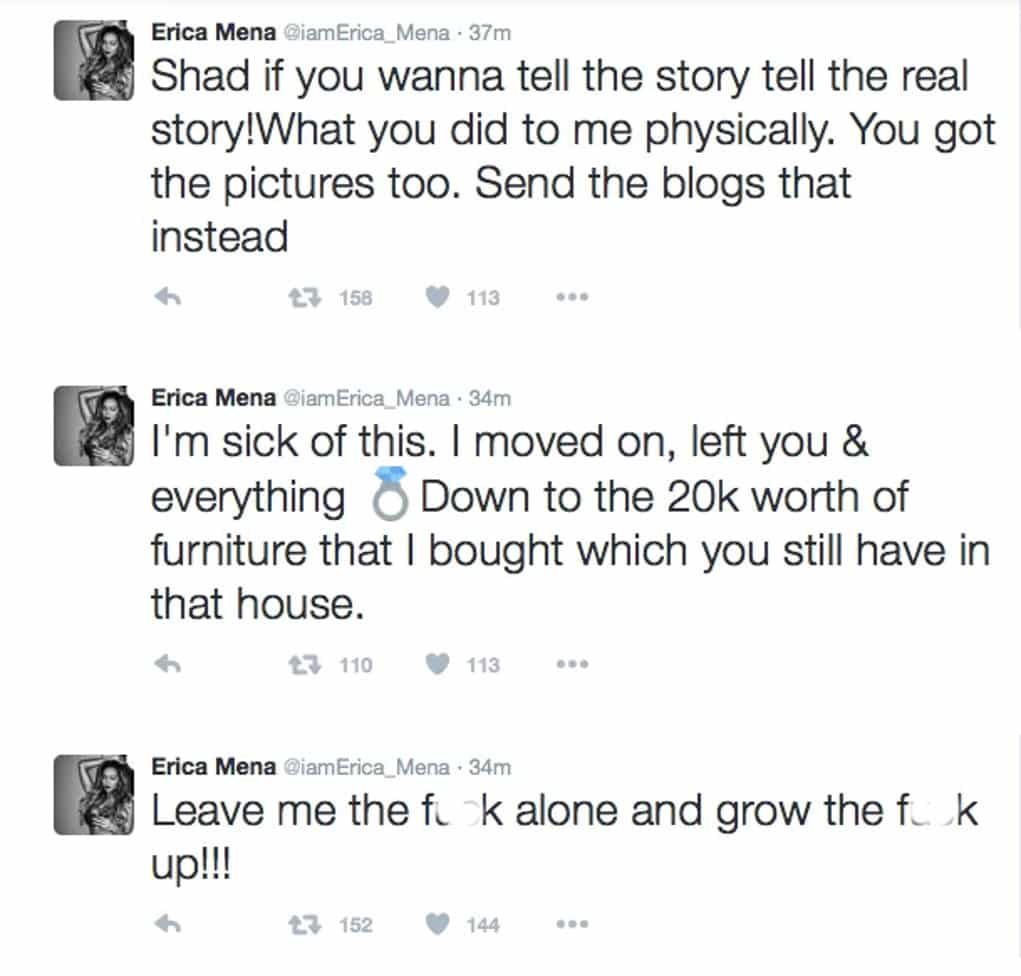