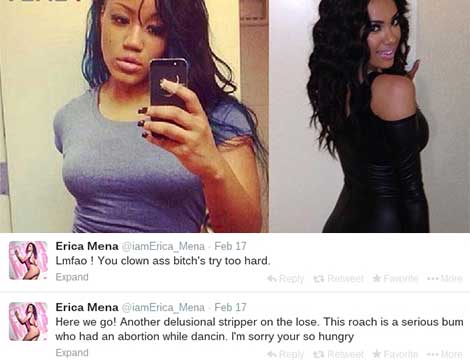 HSK Exclusive – Erica Mena is refusing to shoot any Love and Hip Hip New York scenes with Jhonni Blaze. Know why? Because Erica Mena knows Jhonni Blaze wants to beat her down while L&HHNY cameras are rolling.

A source says Jhonni Blaze shot six scenes and she already had three physical altercations with other cast members.

“Jhonni Blaze knocked out Darryl Strawberry’s daughter Diamond on the set. She also got into two physical scraps with Precious Paris. Erica knows Jhonni wants to beat her a**.”