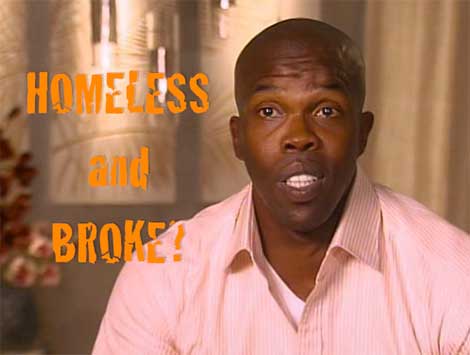 Reports are pointing to Eric Williams as a man who’s claiming he’s homeless to a Colorado court. But that doesn’t seem to be a story dude’s keeping consistent with. Know why? In a recent Tweet, the NBA baller-turned-reality star appears to be blaming his baby momma for the “gossip”.

It all stems from his child support case.. dating back to November of 2013. That’s when sources say Williams was M.I.A. after a Colorado judge ordered him to pay up nearly $25K to the mother of his 13-year-old son. Williams’ ‘I’m homeless’ explanation for why he’s remained absent has just surfaced…

“I’m in the rebuilding stages of my life.”

“He wrote to a Colorado court recently explaining why he could not attend a child support hearing in CO earlier this month.

Among the reasons, Williams says a “court-ordered citation for me to appear was not delivered to my home address as I have no home.’

In his letter, Williams says he is currently a volunteer at an unnamed non-profit organization — and says his financial situation is so dire, he can’t afford airfare and has no money to pay a lawyer.”