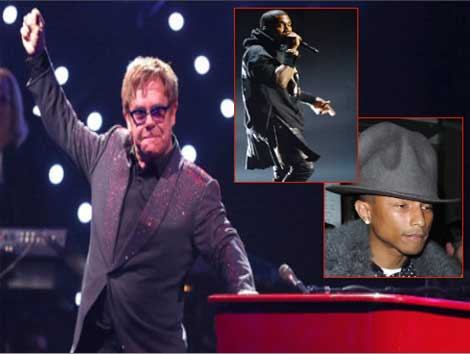 “I’d have to work with someone who knows about it, like a Pharrell or a Kanye…” ~Elton John

Ya heard? Not only does Elton John have plans to secure ‘Hip Hop’ in his act — EJ, a former keyboard player for The Isley Brothers, has also crown Yeezus and Pharrell as pioneers of the culture… that once was.

“I might do a couple of tracks with Pharrell. I don’t know… I love Kanye because he’s not afraid of taking a chance and pushing barriers.”

This would not be the first time Elton John has collaborated with either of the pair. The flamboyant music man has revealed Pharrell Williams hand in his “Electronica”, and recalled his fusion with Kanye for the rapper’s “All of the Lights.”

“You never can knock anybody else’s type of music until you try it.” 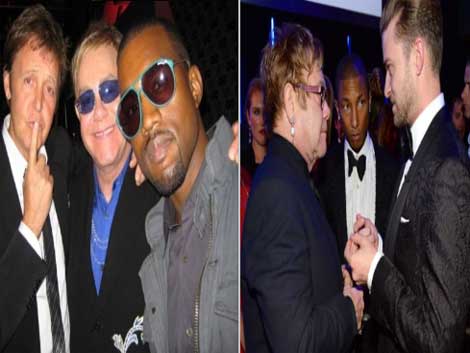 Here’s some of what Elton John told Rolling Stone:

“I’d love to. I just don’t know how to do it. I do love electronica. So, for me, I’d have to work with someone who knows about it, like a Pharrell or a Kanye, who I respect tremendously. I’d love to do that. It’s just a matter of when and where and, should I do it, the mood that I’m in. You can never tell. It’s happenstance and luck, basically.

I could never do a rap record because I wouldn’t know where to start. You can learn so much from working with somebody that does. In the studio with Kanye — Playing and singing on “All of the Lights” — when I was doing that in Honolulu, he was just on fire. It was amazing to watch. You knew you were in the presence of greatness. I knew once I heard four or five tracks from that in the studio, I knew it was going to be a motherf*cker of a record.”