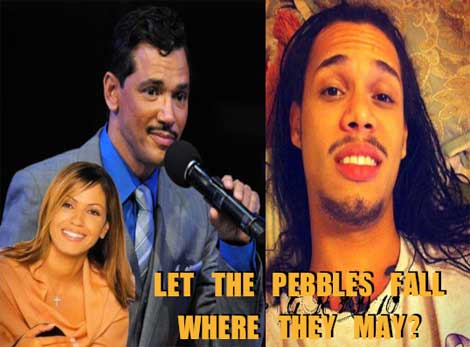 “Yes, Perri is his mother but he is telling a bold faced lie about his dad.” -Etterlene Debarge

HSK Exclusive – It’s been about three-months since Perri ‘Pebbles’ Reid’s lovechild told HSK, “My father wasn’t a drug dealer, he was a pediatrician. He passed away last year.” That’s exactly why El DeBarge’s mother contacted us to tell her side of the story, confirming our exclusive report: El Debarge is Tian McKissack’s dad and Perri “Pebbles” Reid his mother.

I’m informing you that the story you put out about Sebastian Mckissack is not completely true! Yes, Perri is his mother but he is telling a bold faced lie about his dad. He is my son. Yes, Eldra Debarge!

I dont understand why he would sit up and tell that complete lie about his father because he was well taken care of. My son never neglected him and I made sure of that! Sebastian lived with me from 2007-2009 due to his behavioral problems so if he is saying he was completely neglected by my side of the family it’s a LIE!

Im sorry it came to this.” 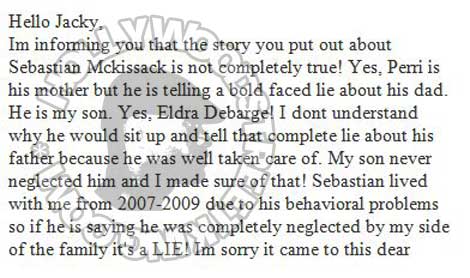