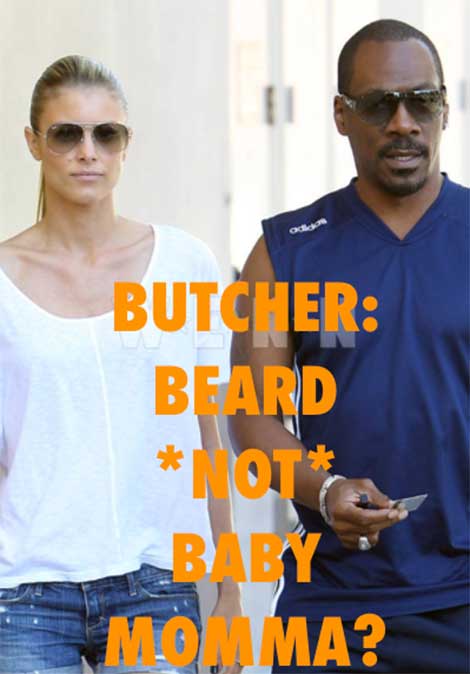 This just in…. A rep for Eddie Murphy has denied a recent tabloid report suggesting he is set to become a father for the ninth time. Murphy’s spokesman has shot down the story, saying the report is “not true”.

This news comes shortly after this word went live:

“Sources tell Star magazine the Shrek star’s girlfriend, 35-year-old model Paige Butcher, is pregnant with the couple’s first child and, according to an insider, the pair is planning to wed before the tot is born.

The insider says, “She (Butcher) made it clear that she wants to be married before having their baby, so they’re hashing out a prenup before announcing anything.”

“Murphy, 53, has five children with his first wife Nicole, while he also has a son by each of his exes Tamara Hood and Paulette McNeely, in addition to a daughter, named Angel, with former Spice Girls singer Melanie Brown. The actor has been dating blonde beauty Butcher since 2012.”