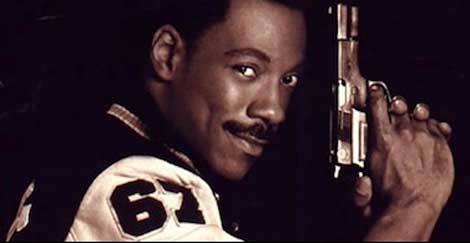 It looks like Axel Foley is making a comeback after all. This time, in the D! Sources say the new Beverly Hills Cop — in this fourth part of the film series — has a storyline that sees Eddie Murphy’s character Axel Foley move back to Detroit after years of living in Beverly Hills.

“Directed by Brett Radner and produced by Detroit native Jerry Bruckheimer, Beverly Hills Cop 4 is slated for release in March 2016.”