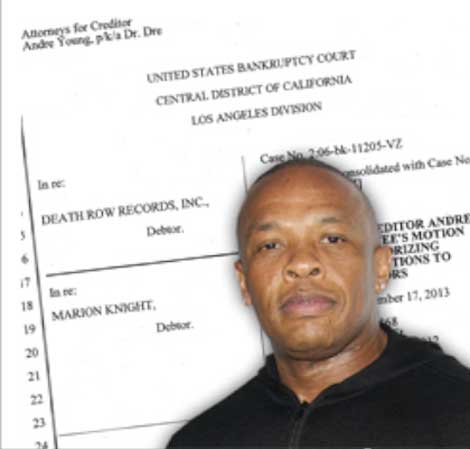 The company that landed Death Row Records — after Suge Knight declared bankruptcy in 2009 — may have mo problems than money. Know why? If Dre wins his day in court, WIDEawake Entertainment’s aftermath could be covering the music mogul’s reported ‘unpaid royalities’.. to the tune of three-mill tickets!

Sources say, in the Los Angeles county filed lawsuit, Dre “alludes to a discrepancy in the payments he received from the company, as he said they have yet to honor a bonus that would jump his revenues from Death Row Album sales from 18 percent to 20.”