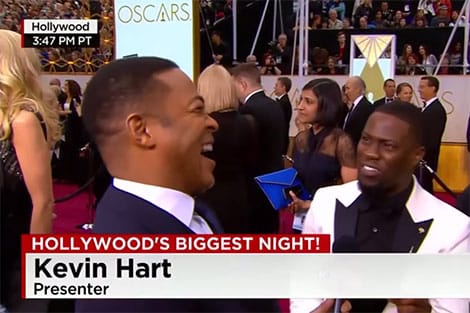 “You’re a Black Man In a White Tuxedo”

Don Lemon dissed Kevin Hart in an interview on the red carpet during the Oscar Awards show last night. Know why? Because, Kevin Hart cracks jokes about Don Lemon all the time on his BET reality show Real Husbands of Hollywood.

Lemon went on to tell Hart the reason why he has a girlfriend like Eniko Parrish, is because he’s rich.

Here’s what Lemon told the comedian:

“You have a lot of money, that’s why you got her.”