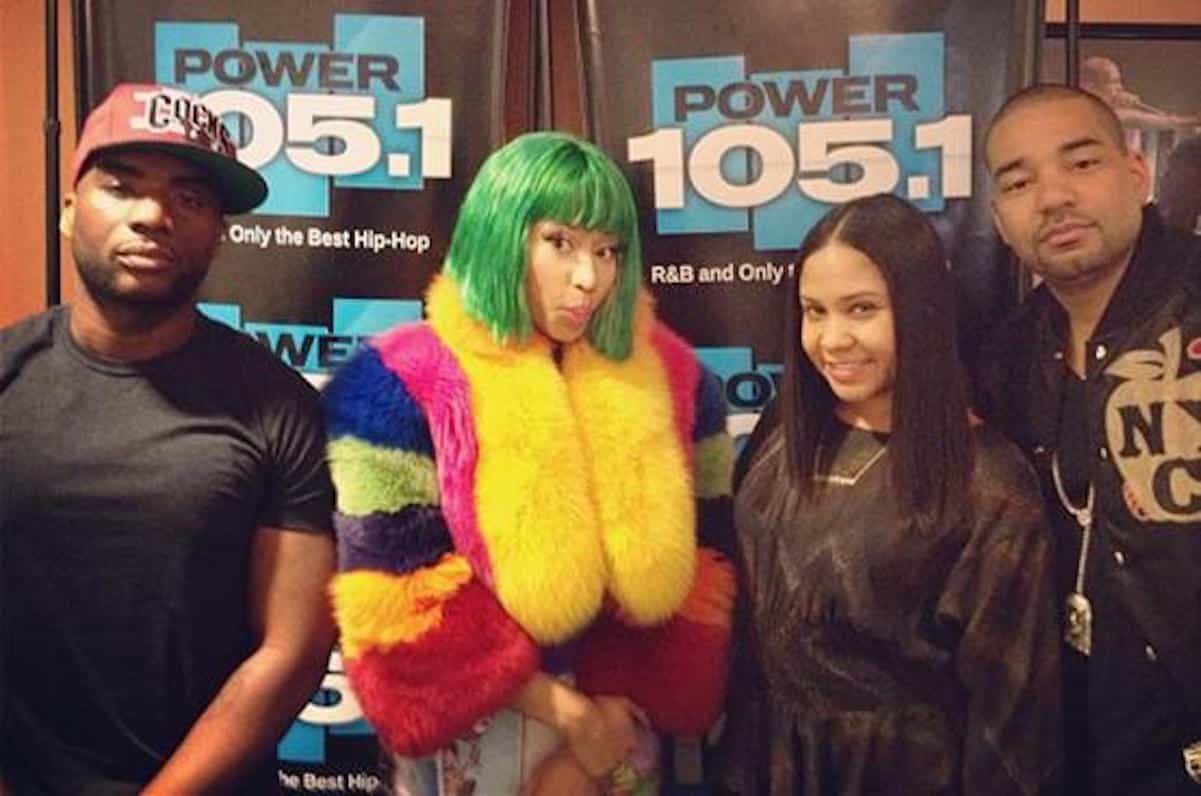 Nicki Minaj went on a Twitter rant and accused DJ Self of talking mess about Cardi B during her radio interview, but when Nicki reportedly refused to give Self a drop and a hug, Self went on the radio and said Cardi had the best album to tick Nicki off.

After hurling some threats and telling Self she would have her goons confront him, DJ Envy went on the air with The Breakfast Club and said if Nicki’s sending threats then he’ll instruct all Power105 DJs to stop playing her music. 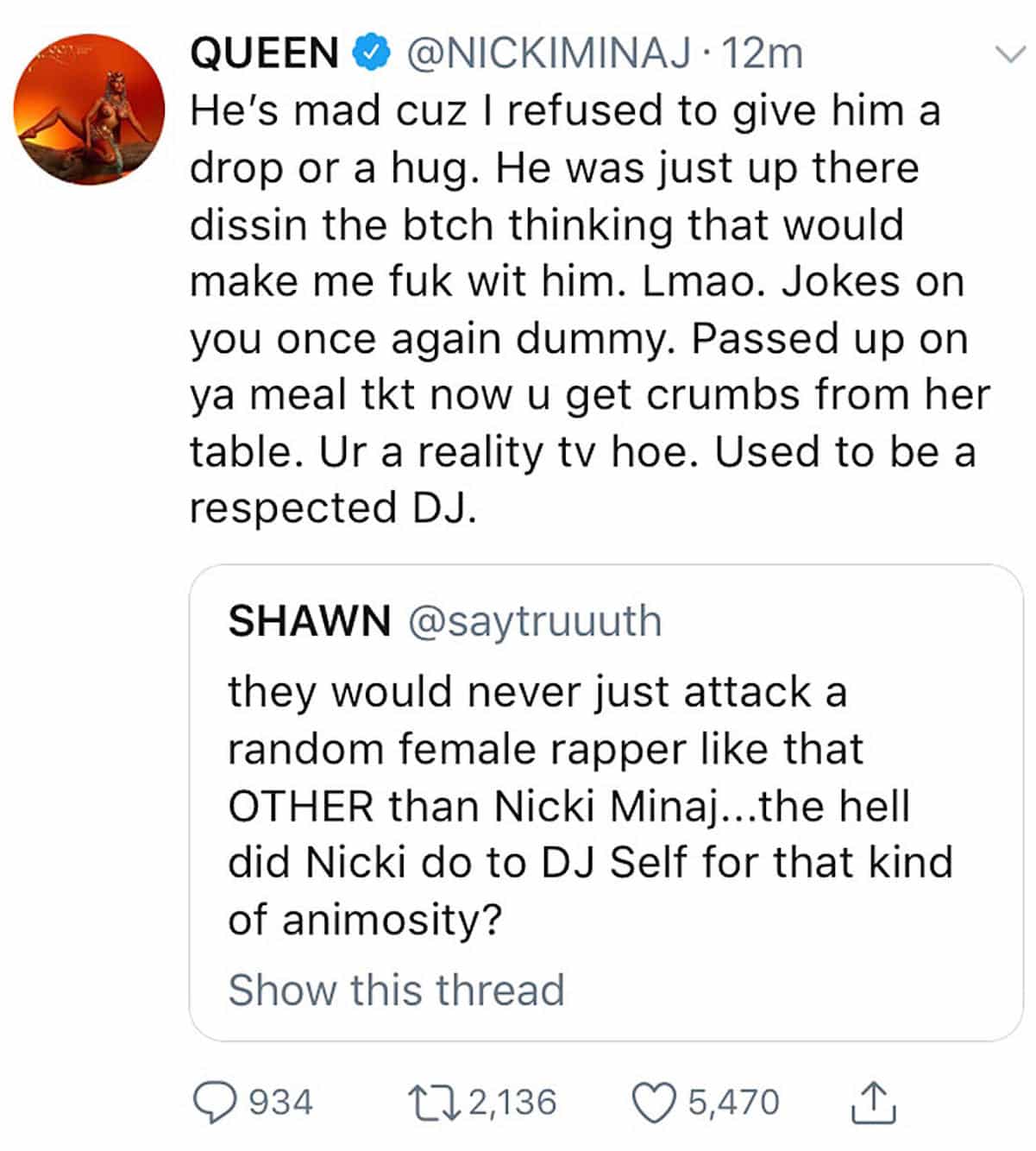