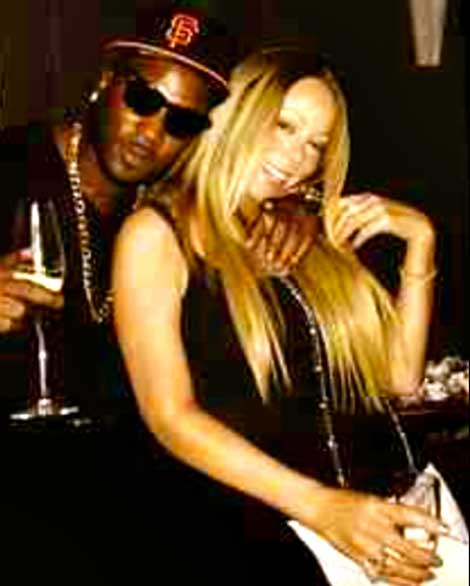 HSK Exclusive – Mariah Carey was recently spotted in an Atlanta recording studio — without her wedding ring, with Young Jezzy!

The over-the-weekend sighting of the ringless, married songstress comes as sources reveal Mariah had a one-night stand with the rapper, back in 2008, when Young Jeezy featured on her “Side Effects” track. Now, not only is Mariah being outed as a ‘promiscuous drunk’ — she’s also being blamed for leaving her marriage in shambles, as Nick stays at home to take care of the couple’s kids.

“Mariah Carey’s album drops July 23, and she’s out mingling for features to appear on her up and coming CD. Mariah is a good singer, but she’s also rated in the business for giving good head.”