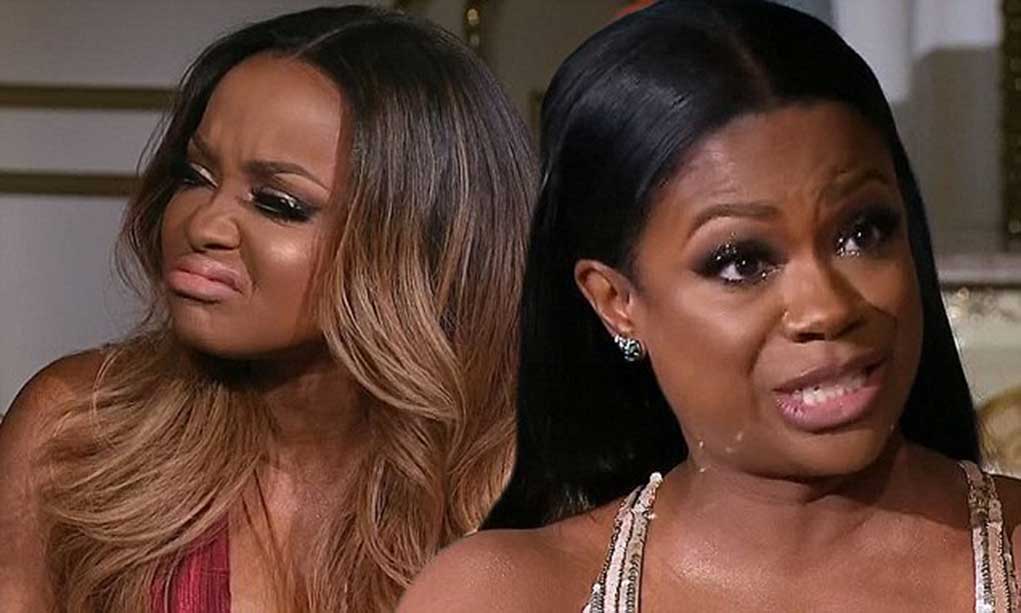 The Bravo Gods blessed viewers with an epic part three of The Real Housewives of Atlanta reunion Sunday night.

As RHOA fans know, this season has been messy times 10 and Sunday night’s explosive revelation that Porsha Williams threw Phaedra Parks, under the bus — she was the one who told her that Kandi Burruss and husband Todd Tucker intended to drug Porsha and take advantage of her sexually.

Kandi & Shamea having sex tea has been around since 2015. We first reported it…did Phaedra read our blog? ? #RHOAReunion #RHOA #rhoatl

After fans tweeted Kandi, Phaedra and Porsha a link to
our 2015 article — Kandi took to Twitter to clarify she never repeated blog rumors about her co-stars, “To be clear. I didn’t say what the streets were saying about them or blog rumors. I said what I knew from my own talks & experience with them.”

To be clear. I didn’t say what the streets were saying about them or blog rumors.I said what I knew from my own talks & experience with them

Both Kandi and Shamea deny Phaedra‘s accusations. Nevertheless, the drugging and rape revelation ended the evening in total outrage! Stay tuned for the reunion’s conclusion next week  — when total chaos breaks out on the reunion stage.