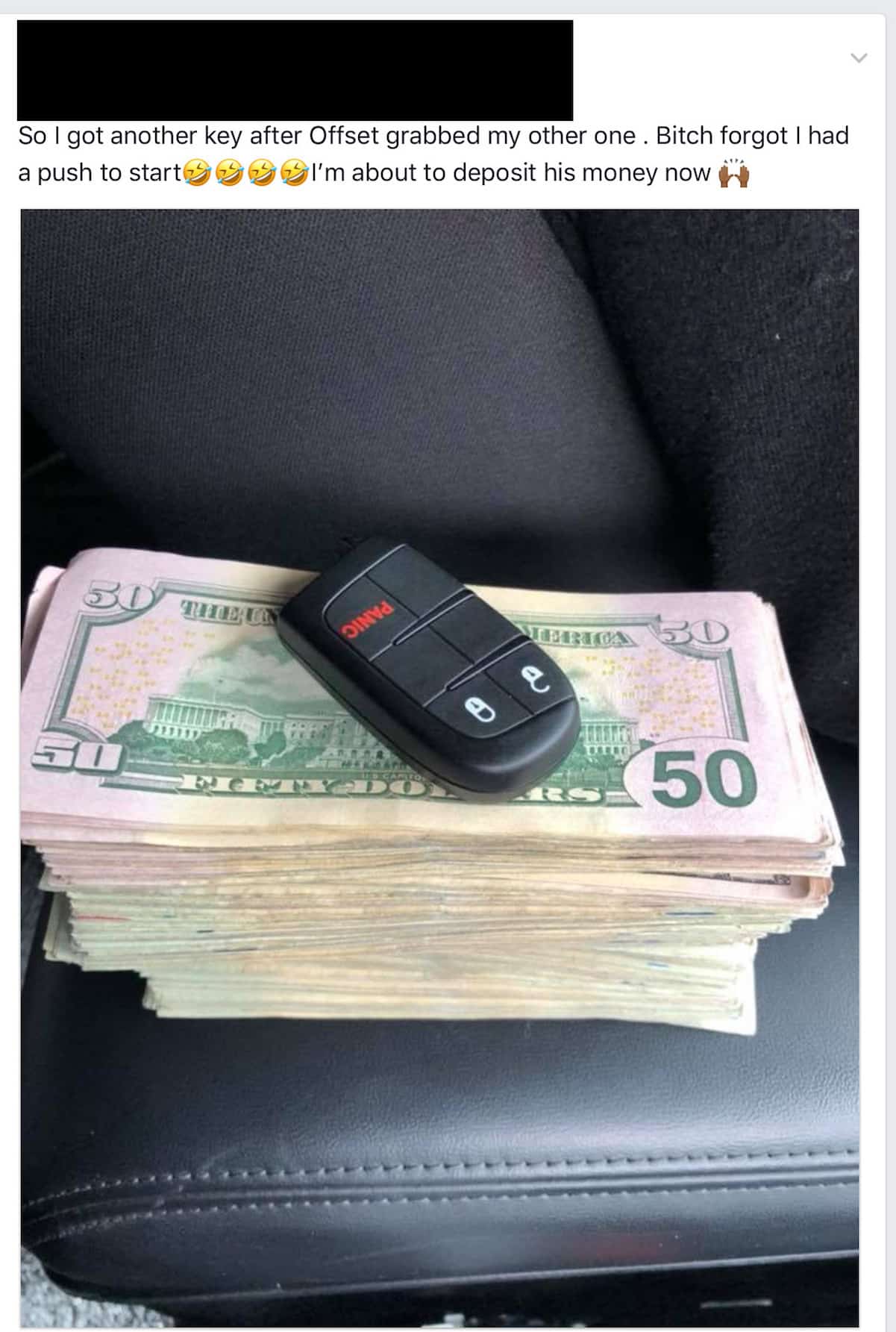 Blogger Fameolous allegedly had a video of Offset engaging in a sex tape with his baby mama. To prevent the footage from being leaked, he reportedly offered to pay off the blogger. But when they met up to exchange the cash, things obviously went left.

Fame posted a photo of the racks Offset gave her, alongside the caption saying he stole her car key to try and “hold her hostage.” 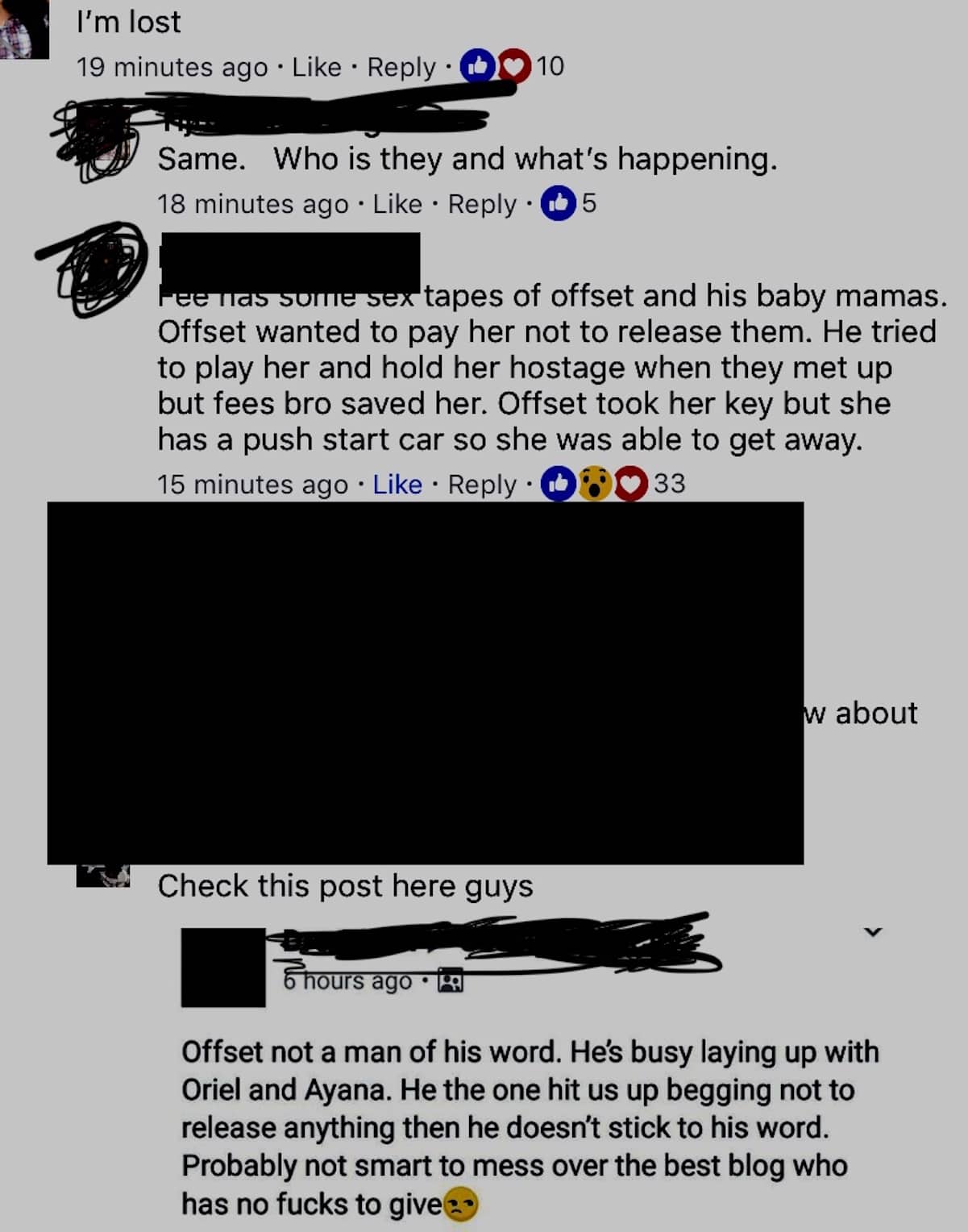