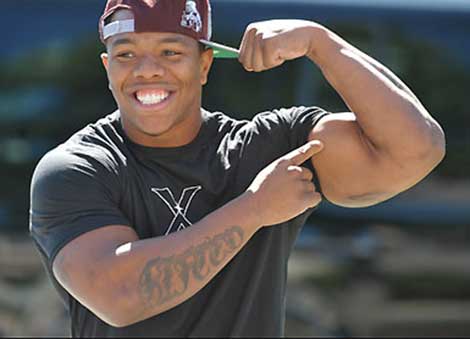 “The evening began innocently enough. Rice, 27, and 26-year-old Janay celebrated Valentine’s Day at the Revel Hotel Casino in Atlantic City with two other couples, close friends who were a regular part of their social circle. They had dinner and wine, then went to the casino’s main bar, The Social, where they split at least one bottle of Patron Tequila, Rice’s favorite liquor. By 2 a.m., Ray and Janay were intoxicated and heatedly arguing as he followed her into a hotel elevator.”

“The couple fought about the guest list for their upcoming wedding as well as text messages Rice had received that night from a young woman, a Ravens employee.”