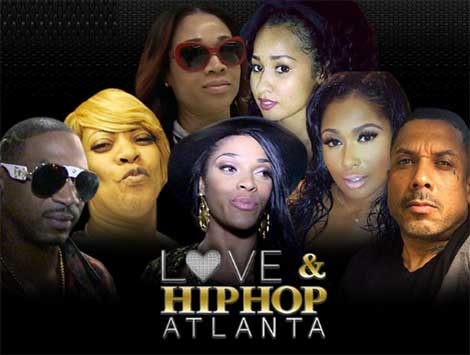 “Joseline is the culprit who bit a security guard and ripped a piece of flesh ripped off his body.”

Dirty details just dropped… detailing what went down before the recent full blown brawl on the set of LHHATL’s Reunion show.

Stevie J is standing by a story disputing reports that he “held down Mimi” so the ratchet Rican could go in on her. “When a dude jump into broad business, he might as well be a broad,” Stevie said. Other info reveals the VH1 cast are boycotting Joseline, and are said to be scheming on how to get her booted from the show. 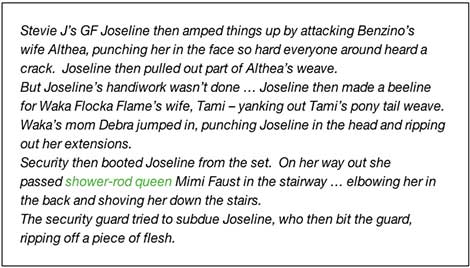