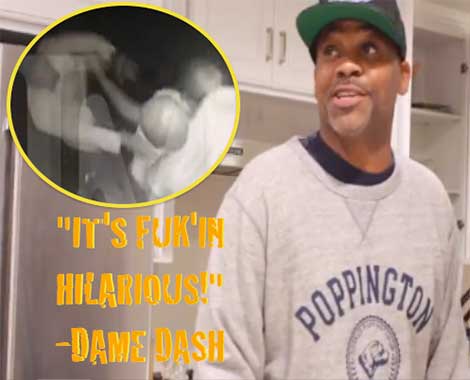 Damon Dash is weighing in on the recorded beat down Jay Z caught from sister-in-law Solange, who’s said to have lashed out on Jigga over him checking for Dame’s ex blatantly in front of Bey. Dame says if that was the case Jigga’s on some “dark” ish. Aside from that Dame has called out Hova for being a front artist who is surrounding by the same.

“I know his circle. They probably giggling behind his back but they not giggling in front of him.”

Here’s some of what Dame had to say:

“I thought what was ironic about it was people got to see how he plays sh*t off… and how something crazy can happen and four-seconds later, when there’s cameras on him, he can act like nothing’s going on. I thought that was interesting to see that and how good he is at it. But then it’s just kind of exposing him… it’s like how do you trust anything moving forward?”

Check out Dame break it all down for yourself: