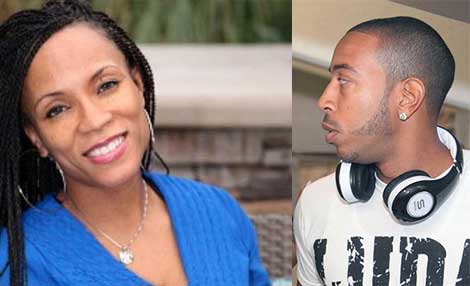 Ludacris, who has been embroiled in a nasty child custody battle with his most recent baby momma, Tamika Fuller, had his ass handed to him in court this week when the judge sided with the rapper’s baby mama and ordered him to pay her legal fees, plus some.

In the documents filed on March 20, Tamika Fuller is named guardian of their 4-month-old daughter, Cai Bella, “for the purpose of representing the best interest of the child” and Chris Bridges’ (Ludacris’ real name) attempt to have her held in contempt of court was shot down.

The rapper had been seeking full custody of Cai along with child support payments from Tamika. That did not go as he had planned.

On March 18, both Ludacris and Fuller testified in front of a Georgia judge where Fuller pled with the Superior Court of Fulton County for her attorney fees to be paid by the “Southern Hospitality” singer.

Here is some of what the judge ruled:

“Petitioner shall pay to Respondent’s counsel, Thirty Five Thousand Dollars ($35,000.00), in addition to any amounts previously awarded or paid, as an award of temporary attorney’s fees and expenses of litigation”

Said amount shall be paid to Respondent’s counsel within 10 days of the date of this order.

Said amount shall be paid to Respondent’s counsel within 10 days of the date of this order.”

And because Ludacris’ motion to have Fuller found in contempt was denied, he was knocked an extra $2,000 in fees for that too.

Cai is Luda’s second child; he has a 12-year-old daughter named Karma from a previous relationship.