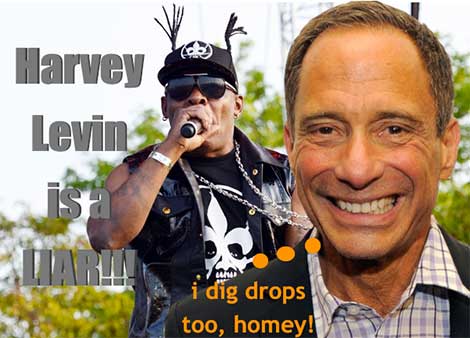 Coolio is banging on TMZ for publishing false facts. According to the west coast emcee… not only did the one time “all White news” tabloid “try to make him look bad”… Coolio says Harvey Levin “personally” lied on him.

“Coolio tells TMZ … Pornhub.com agreed to provide all the “talent” for his video — “Take it to the Hub” — and in exchange he’s going to debut all his new music on the website. We’re told Coolio and co. banged out the vid…”

Peep what Coolio just put out there:

“We threw a party at a strip club during the AVN Awards, and we invited Coolio. We had some drinks, and I pitched him the idea of coming out with new music on PornHub. He loved it. The way TMZ spun it, they made it seem like we have the exclusive forever [on his music], which isn’t true — him and I have spoken about this, at the end of the day it’s all about money. It would depend how much exposure it generates. If it works, we’ll go forward. We love Coolio, he was a great sport. If he wants to do again, we’ll be more than happy to set it up.”