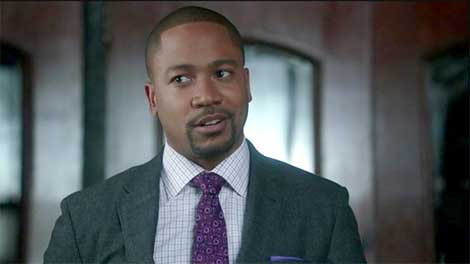 If Columbus Short had his way, he’d be back acting on Scandal.

During a recent interview with Access Hollywood, the actor revealed he was “doing cocaine and drinking … and trying to balance a 16-hour a day work schedule” … using those bad choices as excuses for the SCANDALOUS behavior that landed him in the hot seat … and off the set.

“I would love nothing more to get back to Scandal. It’s my family.”

Here’s what Columbus Short had to say:

“I’ll be candid, I was struggling with drugs. I had a lot on my plate, and you know, I was unhealthy ways to kind of self–medicate and deal with a lot of heavy duty stuff in my life. I was doing cocaine and drinking a lot, and trying to balance a 16 hour work schedule a day, and a family,

I just lost myself back then. And if we’re going to be fully transparent, they protected me and they held me down. And that was one of the real reasons they just wanted me to get my stuff together. Sometimes the bottom has to be dropped out for you to really get it.

So I moved to Atlanta. I’ve been living there for the last five months, and it’s just been great. It’s been life changing. I’m ready to get back to work. As far as Shonda’s shows, I would love nothing more to get back to Scandal. It’s my family.”