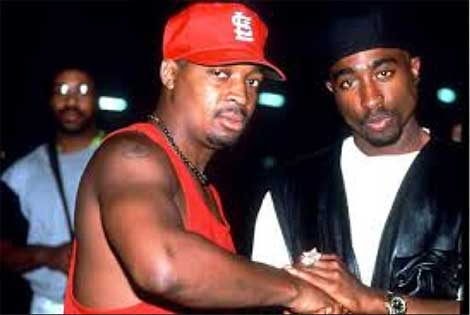 A 1995, handwritten letter addressed to Chuck D found its way to Twitter this past weekend. During the early morning hours of June 22nd, Chuck D tweeted: “Letter from PAC but you should’ve seen mine”

I’m sure u know how highly respected & loved u R by me so your letter definitely warmed my heart. I was also touched by your offer and show of support. It will not go unnoticed. Thanx!

It was good 2 hear how well u aRe doing but hey it’s only Right. Back in the dayz on tour with u I learned so much from what u did and how u did it. It may be hard 2 c but u have alwayz played a majoR Role in what it is I do 2day. I have a program I want 2 put together and I would like 4 u 2 be a part of it. I’ll explain it 2 u in detail on another occasion. I also have a part 4 u in this movie if u R willing and 2 push my luck even more I would be honoRed if i u would appear on this track 4 my next album ‘Euthanasia.’ The tRack is called ‘Da Struggle Continuez.’ It will also feature Sista Souljah if God wills. So let me know.

I just Received woRd that my bail pending appeal has been granted so I should be free by the time u receive this…I just signed 2 Deathrow so I should be working on this album soon. Thanx Again Chuck! I do believe we can make a difference and I have every intention of doing just that. 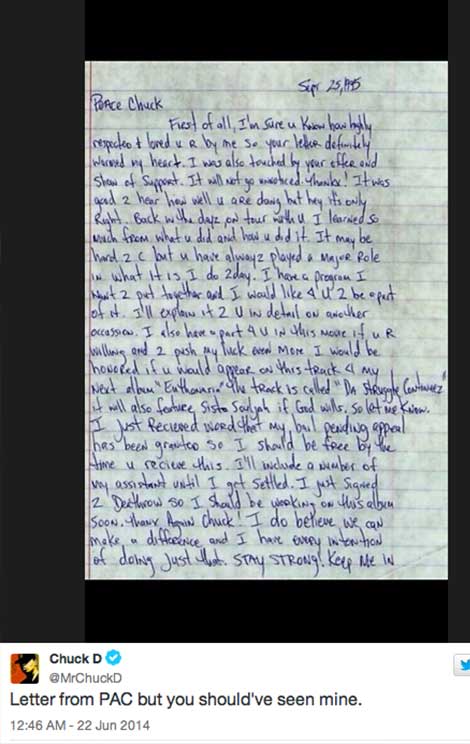