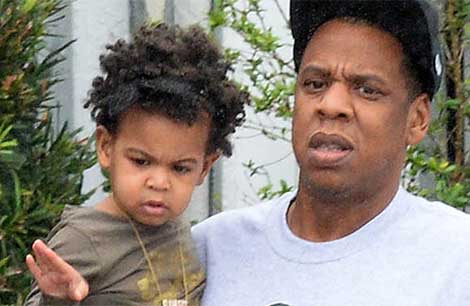 Chris Brown said it wasn’t his girlfriend Karrueche Tran’s fault for dissing Blu Ivy Carter on 106 & Park a few weeks back.. Know why? Because CB is saying Karrueche Tran was only reading what was written on the 106 & Park’s teleprompter. Chris is insisting this, even after BET executive Stephen Hill made a public apology, specifically acknowledging that Tran was just “reading from the prompter”.

“We had a conversation about that, too, but she’s good.

I know the comment on the prompter was kinda left field — I don’t know who wrote it up, or [why] it was done — but I told her, next time, because I know it’s your first time doing this, just look at it and say ‘Hey, hey I don’t know about this’ … But that comes with show business. At the end of the day it has to be something left, or most of the time, negative.

I felt it was unnecessary.”