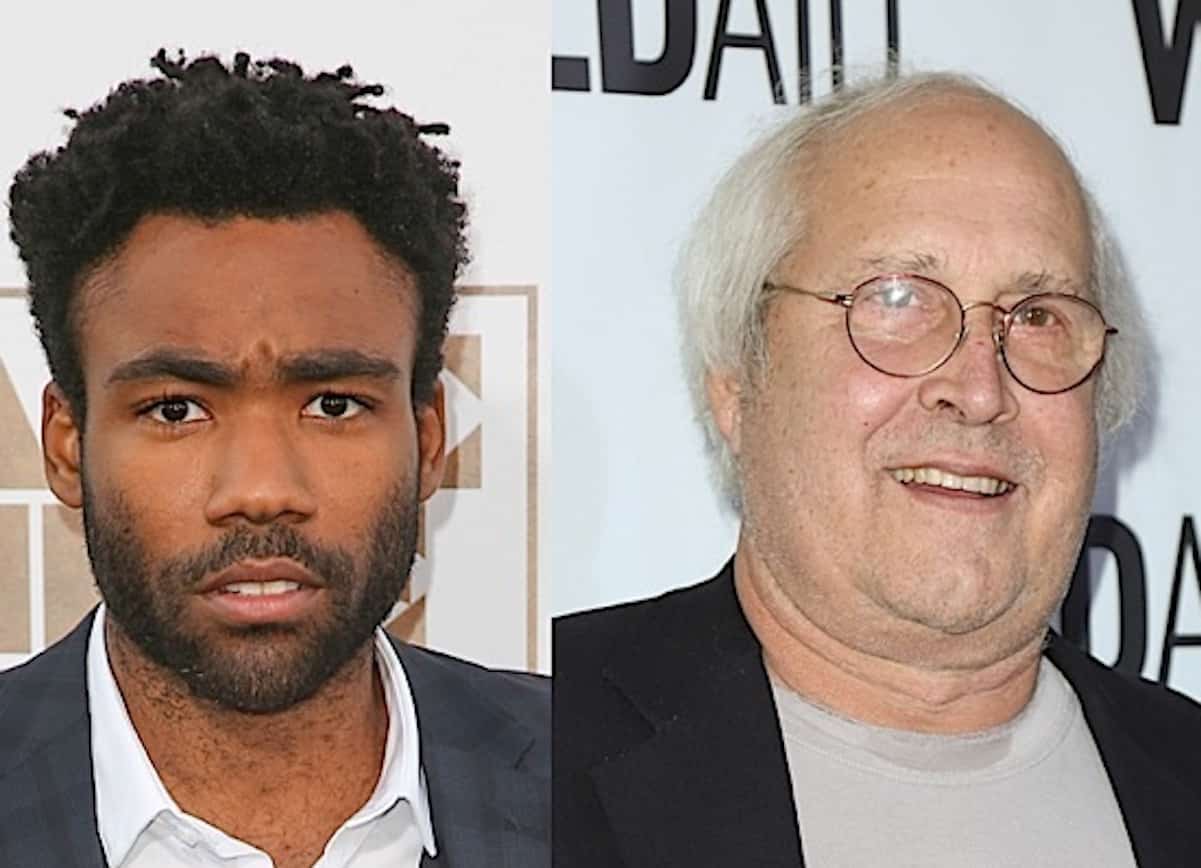 Donald Glover has put legendary comedian and actor Chevy Chase on blast by accusing him of making racist remarks. Dan Harmon, the creator of Glover’s show “Community,” co-signed the allegations and said he witnessed the racist jokes Chase made while they filmed the show. Chase reportedly told Glover, “People think you’re funnier because you’re Black,” and he allegedly used the N-word “in one tirade on set.”

“Chevy [Chase] was the first to realize how immensely gifted Donald was, and the way he expressed his jealousy was to try to throw Donald off. I remember apologizing to Donald after a particularly rough night of Chevy’s non-P.C. verbiage, and Donald said, ‘I don’t even worry about it.’” – Dan Harmon

And Glover had this to say:

“I just saw Chevy as fighting time—a true artist has to be O.K. with his reign being over. I can’t help him if he’s thrashing in the water. But I know there’s a human in there somewhere — he’s almost too human.” – Donald Glover

Meanwhile, Chase says he’s “saddened to hear” the actor “perceived me in that light.”