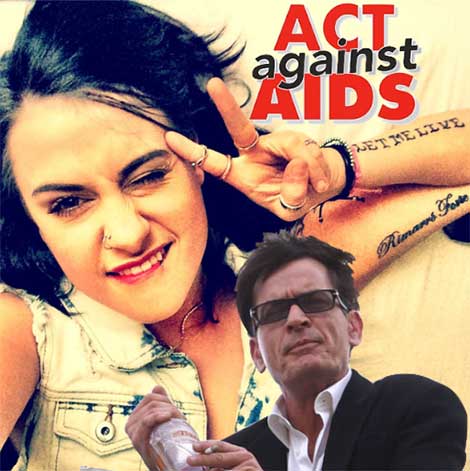 So what’s Kali Hank’s connection to the ‘Anger Management’ actor? She is the on-again, off-again girlfriend of Nicholas Chiassan — who is confirmed to be Charlie Sheen’s former drug dealer. We’re told Kali Hanks was “so scared” that she might have been infected… so she got tested. She was reportedly relieved when her HIV test came back negative.

Here’s what an industry insider says is the reason why Rihanna dissed Charlie, back in May:

“Rihanna didn’t want to take a picture with Charlie Sheen because she heard about him being HIV positive…and she didn’t want to get caught up in the hoopla when the shit hits the fan.”