and His Manager Mark Burg Could Care Less! 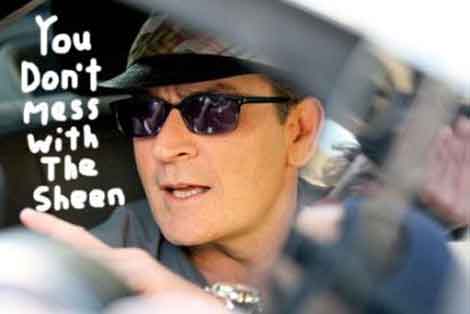 HSK Exclusive – Last Sunday night I was shown pictures of Charlie Sheen, and guess what? Charlie allowed someone to take pictures of him surrounded by large amounts of paraphernalia. I asked Nicholas (He’s the guy who was showing me the pictures of a drugged out Charlie Sheen) if I could have a copy of those pictures?

Here’s what Nicholas had to say:

“I can’t give you a copy. Charlie is my friend. He took me to Vegas, bought me my first suit. Those pictures were taken at his house. I bring him girls and my friend Rob is his dealer.”

I noticed there were two young ladies in the pictures with Charlie and I asked Nicholas who the girls are?

Here’s what Nicholas continued to say:

“That’s Chayse Evans and that other girl is Jaelyn Fox, Charlie bought her a Cadillac. He’s a real cool guy.”

I’m told from the Geek Squad that all I must do is change the casing of the drive.

Then I mentioned to a Hollywood executive friend of mine that I wanted to get hold of Charlie’s people to tell them what story I was coming with. One week later I was sitting in Charlie’s managers office, Mark Burg (producer of the Saw Series).

Here’s what Charlie Sheen’s manager Mark Berg had to say:

P.S. I called Mark Burg for a further comment, but he had already left town.