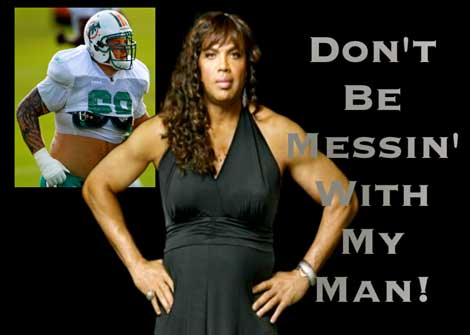 “I’ve got no problem with that.” ~Charles Barkley

Richie Incognito may have admitted to using the N-word, but Charles Barkley says that’s okay! Don’t believe me.. Just ask Roland Martin, who got a mouth full of ***you know what*** out of Barkley — who seems to be serving as the NFL’s token for the Incognito cover-up, calling racial slurs “Fun” ways of verbal exchange.

Here’s what being reported:

“Incognito admitted leaving a particularly profane voice message in which he used the N-word and that the messages make him “sound like a racist pig,” like “a meathead.”

“The locker room is very fun spirited and it’s sexist, it’s racist, at times. It’s all over the place, and I’ve got no problem with that. You know, I got white guys and I’m racist towards them in a fun way and they’re racist toward me in a fun way.”