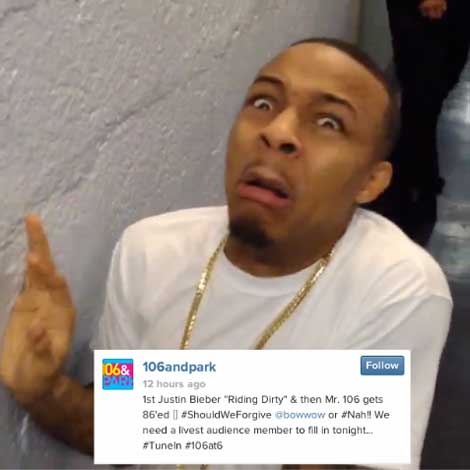 Bow Wow is still claiming his ‘Mr. BET’ title, despite countless reports pointing to the So So Def dude as being told to kick rocks “after an accountant discovered he used company funds to pay for his monthly child support to his baby momma Joie Chavis.”

That’s according to “one 106 & Park executive who witnessed Bow Wow being escorted off of the B.E.T. property.”

Since word broke, Thursday, Bow Wow has taken to social media to dispute the news.

“I don’t care what video vixen he decided to skeet in, B.E.T. money, is B.E.T.’s money” Said Roger Payme a senior accountant speaking on how Bow wow charged over $30,000 in child support to a company card he was issued for wardrobe and travel. “I’m driving a used Honda and his daughter got a toy Bentley for Christmas, ain’t that a b1tch?” B.E.T. plans to air reruns until they find a suitable replacement, but expects no slip in ratings since nobody really watches 106 & Park since AJ & Free left anyway.” 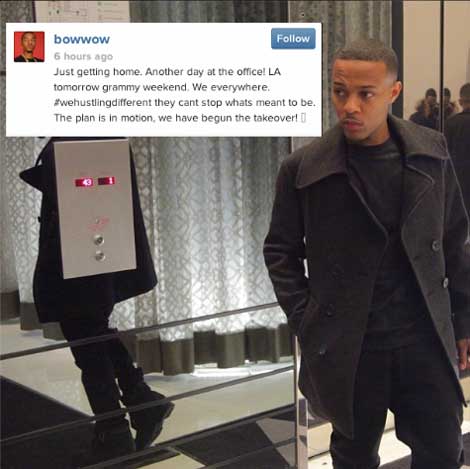 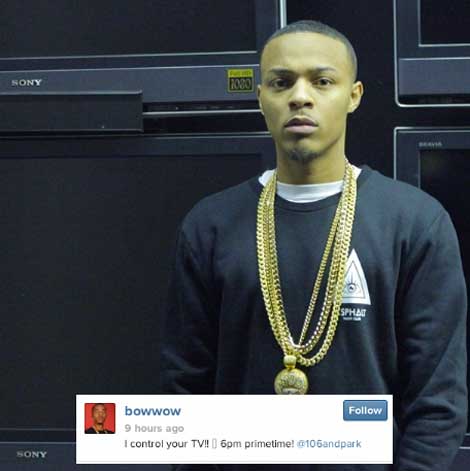 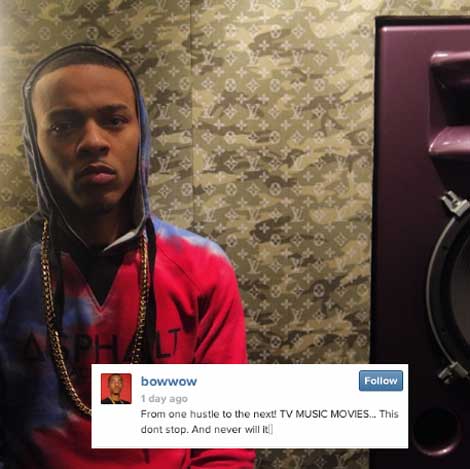 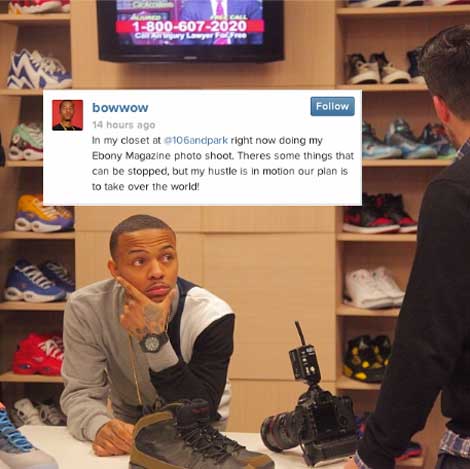