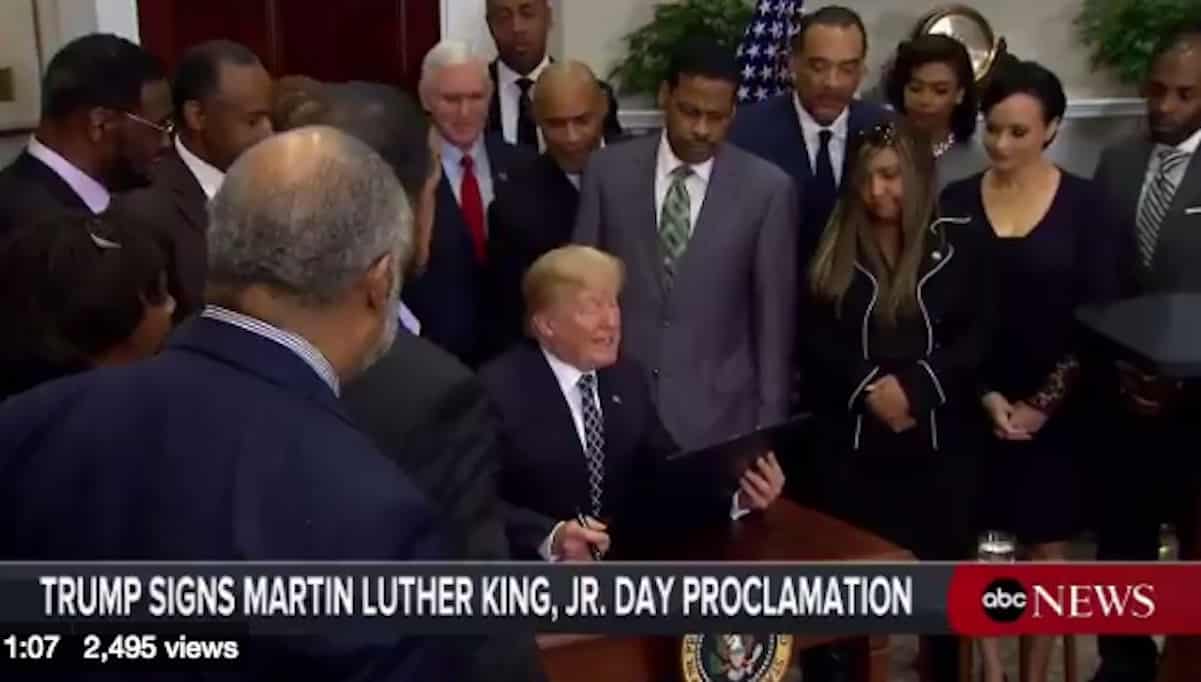 While signing a proclamation for Martin Luther King Jr. Day, April yelled at him and repeatedly asked him, “Mr. President, are you a racist?!”

Watch the video to see his (lack of a) response: