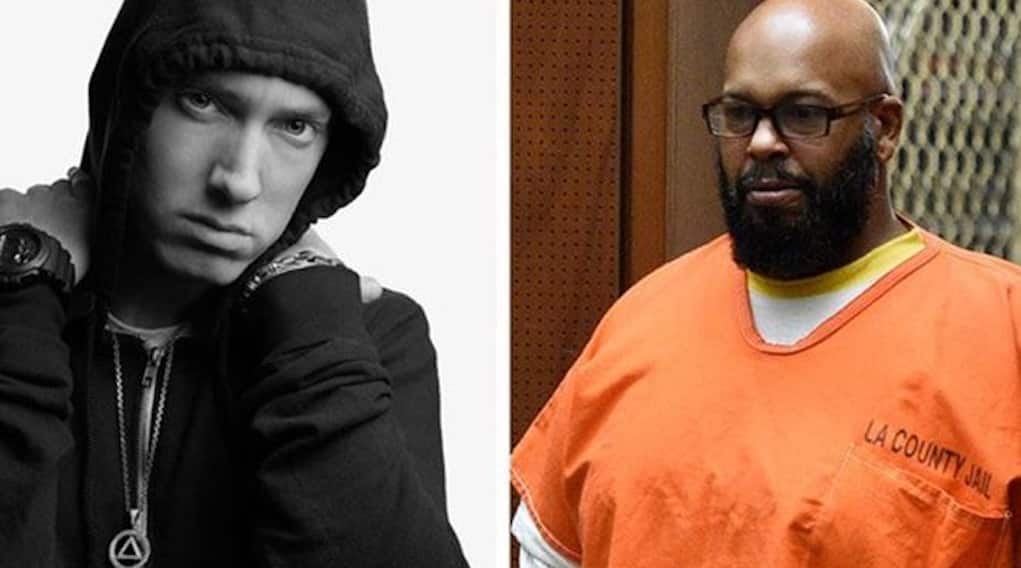 Eminem’s former bodyguard has come forward with claims that Suge Knight had the Detroit rapper on his hit list!

During an interview with Murder Master Music Show, the former bodyguard, Big Naz, reveals that during the time he worked for Em, he feared for both of their lives. He claims Suge is the reason why he was always on high-alert.

“There was a situation at the Source Awards, which was our first encounter with Suge Knight and his henchmen. They had it to where the artists couldn’t sit with the bodyguards. I notice Em is in the aisle and he is beefing with all these guys in red shirts. This is what they said: ‘Death Row motherf***ers! Suge Knight sent us to strong arm Eminem and it’s going down!’ I had to snatch Em up and call Dre, because he was backstage.”

Naz also talks about the time Em and his crew went to Hawaii, and they realized their trip would be anything but relaxing.

“The scariest moment is when we went to Hawaii. When the plane lands we are greeted by 20 Honolulu police officers and they told us that Death Row is here — they tried to hem [Snoop Dogg] up. Suge Knight had sent 50 guys to try to break up the show. When we got there, vacation mode was over, we were lockin’-n-loading, putting on bullet proof vests with their wives and girlfriends sitting next to them. We had to have Interscope pick up the tab to put Honolulu police with each bodyguard, because of how deep Suge was over there.”

This isn’t the first time Suge has been exposed for trying to get someone murked!