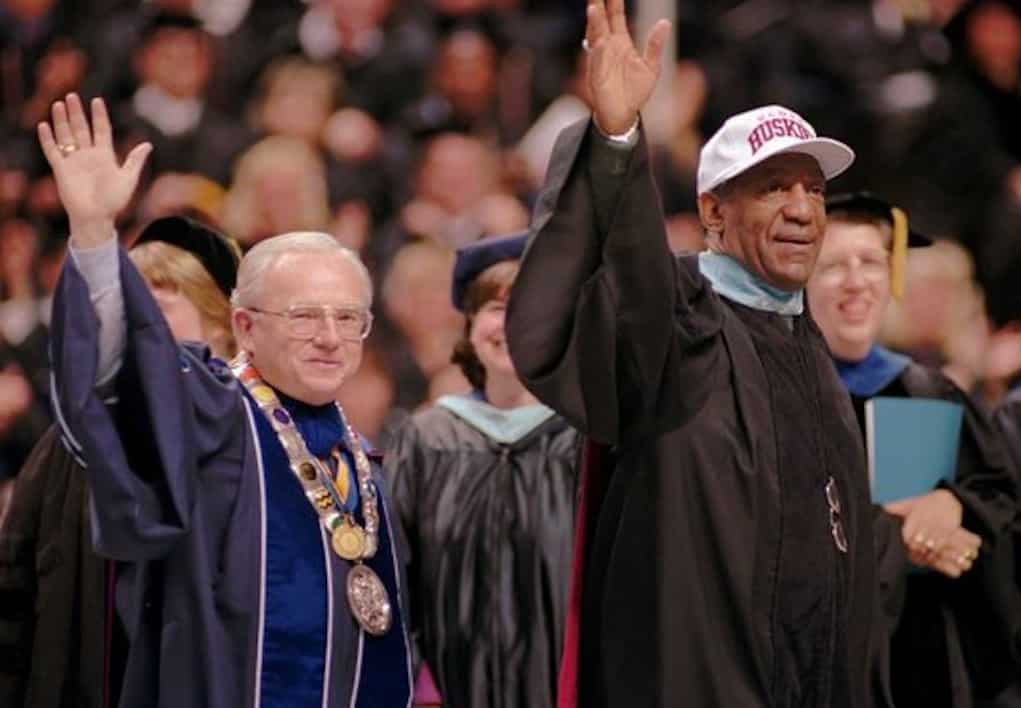 Bill Cosby is the first person to have his honorary degree snatched by by the University of Connecticut.

After a unanimous decision made by the school’s trustees, the comedian’s honorary doctorate degree they gave him back in 1996 has been revoked.

The reason behind it stems from Cosby’s admission to engaging in “conduct that is incongruent with the values of the University of Connecticut.”

The school realizes that Cosby has the right to a fair and public trial on the sexual assault criminal charges, but they in no way want to be connected to him any longer.

“The University respects the principles of due process and Mr. Cosby’s right to a fair and public trial on the criminal charges against him. But the conduct which he admitted in his sworn testimony provides compelling reasons for the University of Connecticut to consider the revocation of his honorary degree.”

Can you blame them?