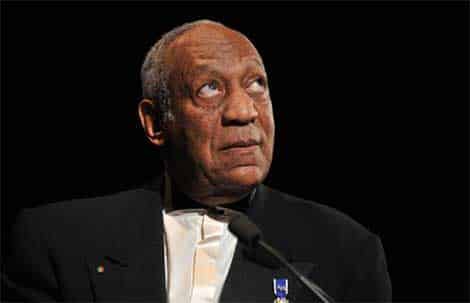 Here is what NBC News is reporting:

A day after performing at a benefit in the Bahamas, Bill Cosby took the stage here to a standing ovation — even as he battled a growing scandal.

The sold-out crowd Friday night was overwhelming supportive. Many told NBC News that they viewed Cosby as an entertainer and simply did not believe the sexual assault accusations against him. “I think the things that have come up now is just nonsense,” said Nathan Rigaud, who said he was one of the first to buy tickets.

Cosby has not been charged with any crime.

In a statement released Friday, Cosby’s attorney, Martin Singer said: “The new, never-before-heard claims from women who have come forward in the past two weeks with unsubstantiated, fantastical stories about things they say occurred 30, 40, or even 50 years ago have escalated far past the point of absurdity.”

“It is long past time for this media vilification of Mr. Cosby to stop,” Singer said.

On Friday the Choctaw Casino and Resort became the latest venue to cancel a planned Cosby show. NBC on Wednesday pulled the plug on a sit-com it was developing with Cosby next year, TV Land said it would no longer show “The Cosby Show” reruns, and a planned appearance on “Late Night With David Letterman” was canceled. Netflix also decided not to stream a Thanksgiving Day special featuring the comic.

Cosby received a standing ovation both at the start of the hour-and-a-half-long performance at the King Center for the Performing Arts and at the end.

He did not mention the allegations. Instead, he stuck to his comedy routine, which included bits about his childhood, religion and family life.

At one point, an audience member yelled “We love you, Bill Cosby!” He held up his fist to sustained applause.

Over the loudspeaker system, officials at the King Center on the campus of Eastern Florida State College warned audience members to be prepared for a possible “disturbance.” A local radio show had promised $1,000 to anyone who heckled Cosby and captured it on video.

There was increased security throughout the venue — but in the end, no hecklers.