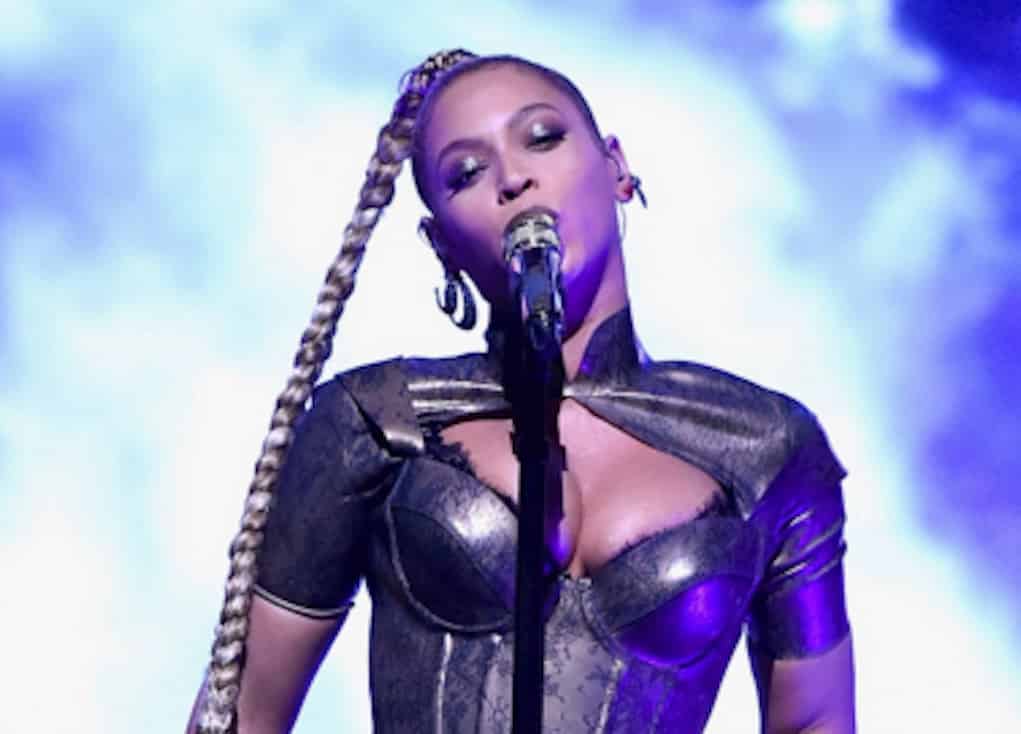 The singer was performing her song “Haunted,” and whipping her fake ponytail back and forth. But the pony accidentally snagged on her earring and ripped it right from her ear!

Beyoncé continuing to perform after her earring ripped from her ear and started bleeding. A true performer. pic.twitter.com/FvyICuxVAb

At one point, Bey touches her ear, notices the blood, but she keeps performing without even missing a beat!

Beyoncé performing with a hologram of herself… ? pic.twitter.com/bRztFY5oeL