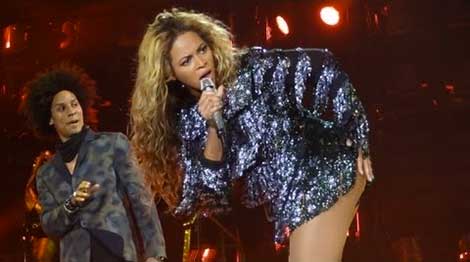 Beyonce could soon be forced to pay two of her fans… who are suing over “injuries suffered” from being trampled at a ‘The Mrs. Carter World Tour’ show.

According to the suit, filed yesterday (April 1, 2013), Raquel Castellanos and Gabriella Davidson were both “knocked unconscious and suffered broken bones after the crowd rushed the doors” at Chi-Town’s United Center.

“Security was in a frenzy as the mob of fans grew exponentially as more time passed. Fans were supposed to be seated by 6 p.m., but the doors didn’t open until about 7:30 pm.”

The case — against Bey, Live Nation and The United Center — seems to question the tour’s tardiness, weak security and disorganized grounds.. combined elements that could be to blame for the December 13, 2013 reported mob frenzy.

“The women allege that The United Center, Live Nation and Beyonce did nothing to prevent or discourage the teeming crowd from rushing, pushing and running towards The United Center once the gate was opened.”

In the suit Castellanos and Davidson are on record stating these events:

As the hours passed, the group became larger, more dense and more anxious about how, when and where the gate(s) would be released and where ticket holders and fans were supposed to enter The United Center – none of which was explained.

Castellanos and Davidson became concerned as the crowd grew and were “increasingly anxious” about how to react to a crowd rush since they were near the front.

Around 7 p.m., personnel at The United Center opened the penned area’s gates “without instruction or any reasonable system to permit and orderly entrance. To the contrary, The United Center encouraged it by the set up which it created and controlled. 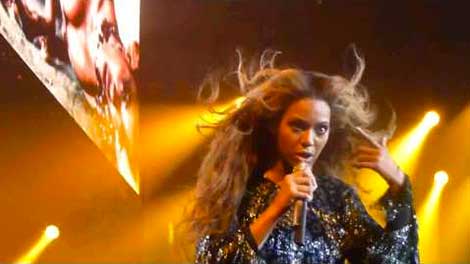