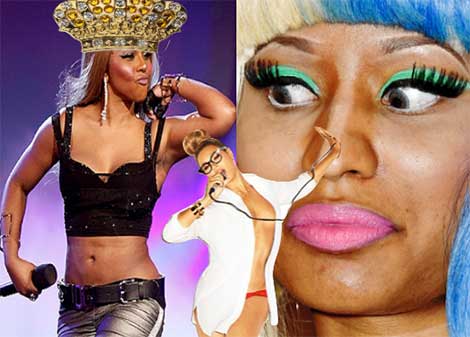 But Bey Got JOKES tho! Know why? ‘Cause we’re guessing she NEVER put Nicki up on game when she reached out to Lil Kim to set it off on the ‘Black Barbie’ ripoff artist… ON THE SAME TRACK SHE’S FEATURED ON!

The Battle Of The B*tches is all documented on Bey’s ‘Flawless’ track — where Ms Minaj calls herself ‘The Queen of Rap.’

Peep what Kim put down:

Take a listen to the lick: