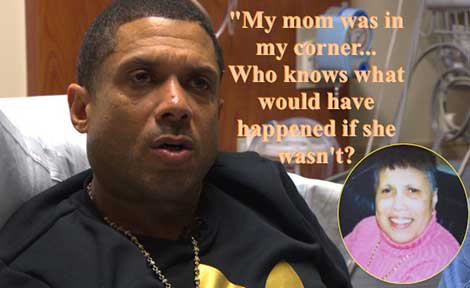 “Money, jealousy, and envy, destroy family relationships. You hear about these things, but you never think it could happen to you.”

Benzino cites a pair of The Seven Deadly Sins — namely, GREED and ENVY — as the evil that fueled some of his own family members to turned against him… and his late mother. Zino says these are very relatives who he’s financially provided “thousands of dollars” for, yet who began to show their azz’s as his mother lay on her death bed.

“Because of a bitter family fight over finances and the care of my deceased mother I decided not to attend the funeral. Instead, I mourned her privately earlier Saturday at the funeral home where the wake was held.”

The rapper turned founder of ‘Source Magazine’ and ‘Hip Hop Weekly’, and VH1 reality star’s sudden decision to attend Mary Scott’s funeral after all.. led him to catch three bullets — reportedly fired by his own nephew, Gai Scott.

“Zino opted not to specifically speak about Gai Scott saying he preferred to let law enforcement handle the matter.” 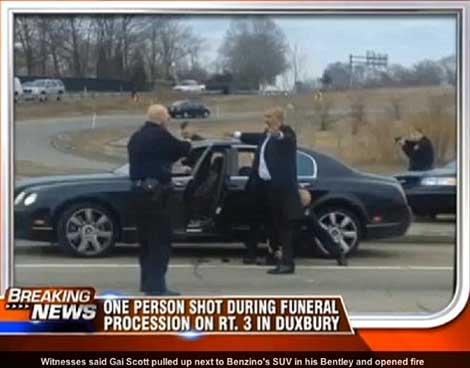 Here’s what Benzino told The Boston Globe about the troubling incident:

“I didn’t want to be around them. I felt like, I didn’t want any problems. I can love my mother and there doesn’t have to be no problems with family.

I looked over, there was a car, and all I saw was a gun shooting at me. I was trying to duck and dodge, drive around it, maneuver the car. … I was bleeding a lot. I was driving with my thumb in my shoulder to try to stop the bleeding.

After being shot in the upper arm and back I stopped the car, got out, and ran away on foot. A moment later, another relative driving in the procession stopped to pick me up then brought me to the Duxbury Police station.

Those guys (Duxbury firefighters) were super, super nice and helpful. I was in pain, and they were trying to keep me calm.

At the end of the day, my mom was in my corner. Who knows what would have happened if she wasn’t in my corner?”

According to Benzino’s attorney, Martin Leppo, he’s expected to be discharged from South Shore Hospital today. This, while Gai Scott is scheduled to stand before a judge, to be formally charged with assault with intent to murder. If convicted, the 36-year-old could face up to 10-years in the tank. 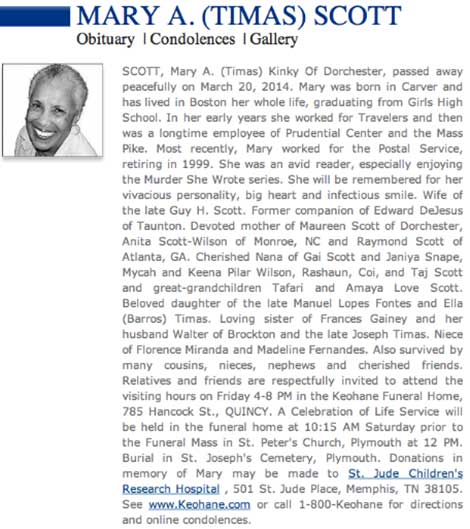 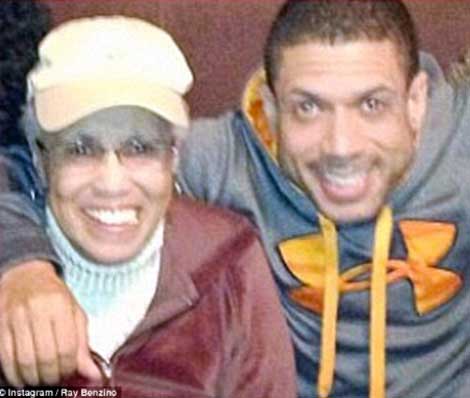